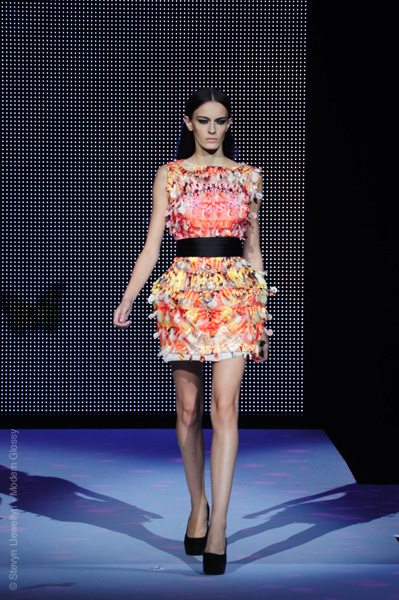 Rushing to the show after work in steady rain was a fitting, albeit frenetic precursor to the ARISE Show, whose theme was simply Water. The collective showcase of African designers benefitted clean water projects for the region, and reminded us all sharply how luxurious NYFW and living in New York simply is in comparison to the third world situations across the globe.

A mix of business casuals straight out from their 9-5 and the “to be scene-sters” waiting to capture the attention spans of the fashion blogosphere filled the Avery Fisher Hall in Lincoln Center. Waiting in the crowds, occasionally scanning the torsos of glamazons (both male and female) was slow and disorienting having spent the first 15 minutes after receiving my ticket in the wrong side of the hall.

The show was incredibly slow to start, seemingly from technical issues, and murmuring from the crowd became the subscript behind the pounding tribal beat soundtrack. Eventually, the group got their act together and opened with sale-able contemporary pieces in graphic black and white with paneling of cheetah print.

The diversity of models was quite suprising, in the best ways, from black, white, asian, famous, and the not-so-famous. Suffice it to say, the ARISE collective won major brownie points in the diversity hiring department. Major players in the collective were mostly graphic, brightly colored in rich vegetable dye hues. Some sheer, shimmery, and flowing evening pieces were also shining stars. A bright pink and purple colored tie-dye caftan was worthy of Rachel Zoe and a feathered mermaid style seemed likely to show up on a red carpet somewhere in Hollywood. While some designers decidedly took a literal representation of the aquatic theme, others took a different perspective and played up the less obvious qualities of water. Ornate evening dresses, in all lengths, were sequinned and embroidered, reflecting and shimmering in the catwalk light. Feathered pieces hearkened back to aquatic animals and glittery cigarette pants reminded us of fish scales. Sheer ballgown lengths lended their likeness to the transparency of water.

The night was not without its climactic drama as one of the designers took a spill of the stage in her dangerously high heels. Collective audience gasp ensued, and we wondered what terrible luck had befallen this poor woman. Luckily enough, she survived, mostly bruised in ego and not in body and walked the catwalk to a standing ovation (hopefully for her collection and not for the unfortunate spill she took moments before).

Overall, the show was a fine medium. Mediocre ready to wear at worst, and true artisanal creations in both structure and color combinations at absolute best. A few pieces seemed oddly tributary to the late Alexander McQueen which reminded us of how truly great he had been. Replicating such genius never comes easy and can be harshly telling when not sourced and executed correctly. However, the show was not without it’s own stellar uniqueness and the talent behind this collective seems on trend and confidently here to stay. Having already 2 successful years on the NYFW roster is nothing to scoff at for a burgeoning design force.
– Rachel Rozzi 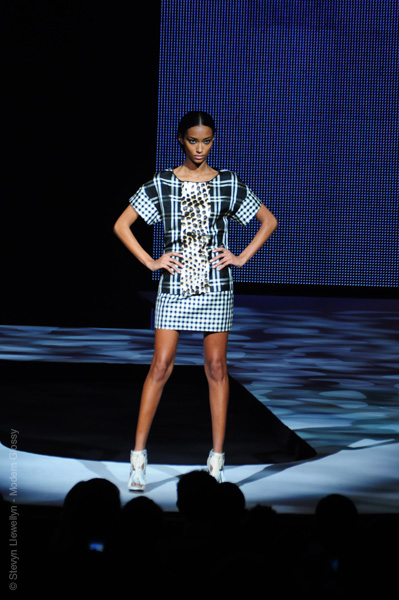 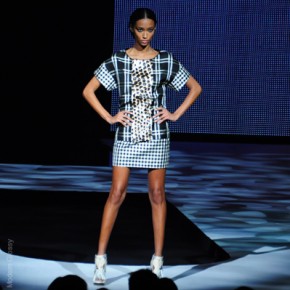 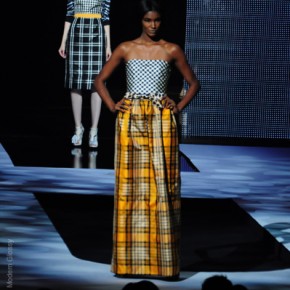 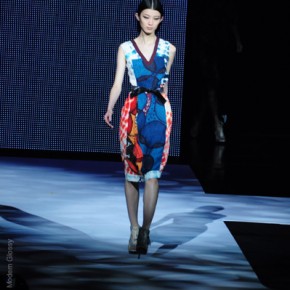 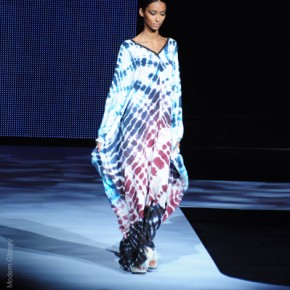 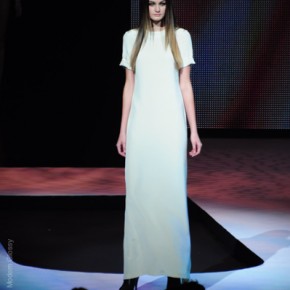 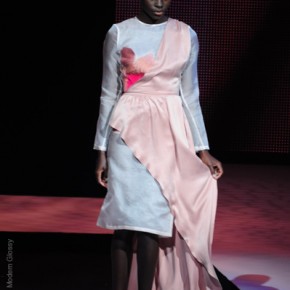 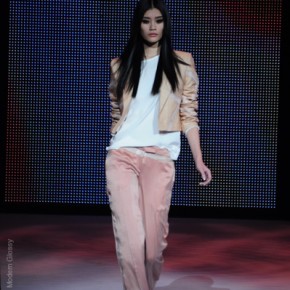 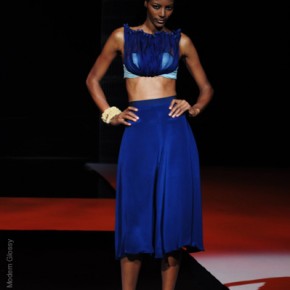 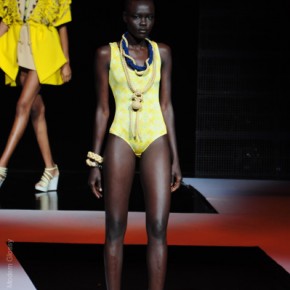 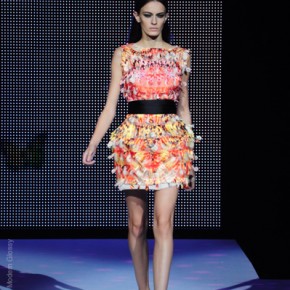 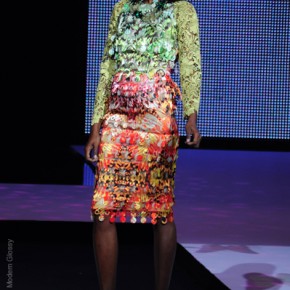 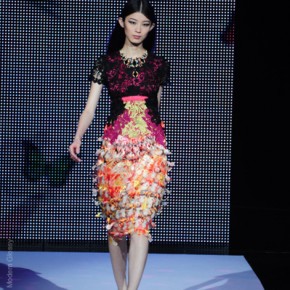 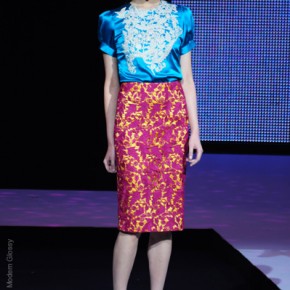 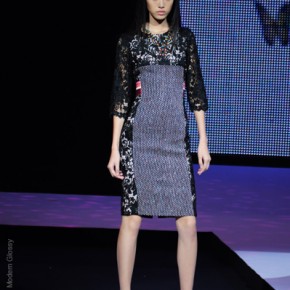 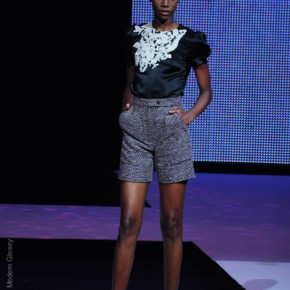 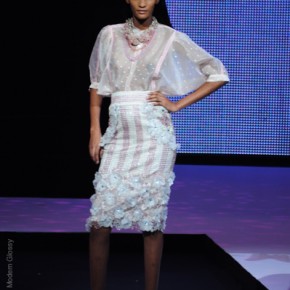 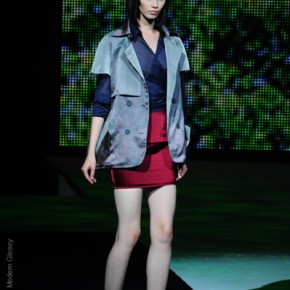 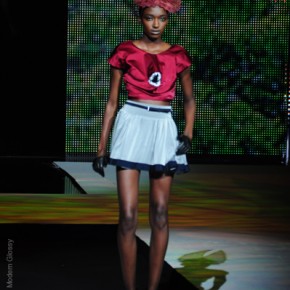 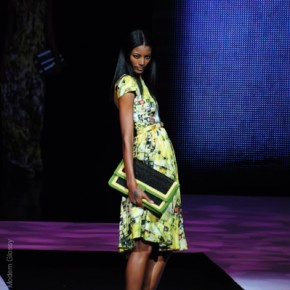 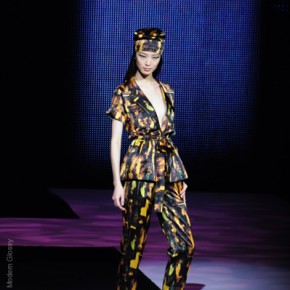 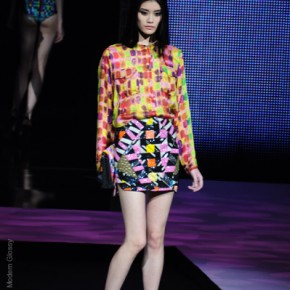 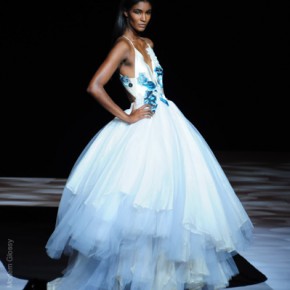 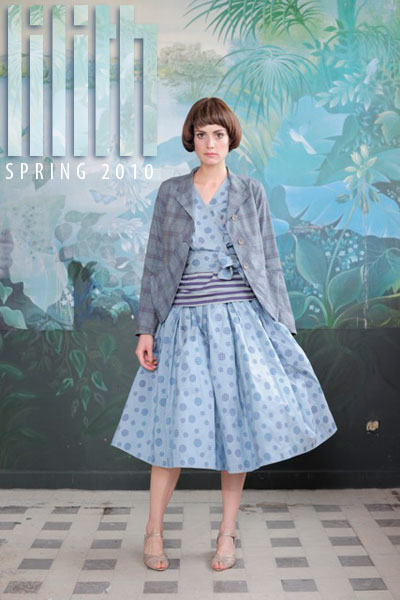 Breaking out of the winter blues is hard to do. Luckily, Lilith’s spring preview lends a helping hand by coaxing the monotony out of the chillier seasons with not-too-bright neutral tans, browns, cool strawberry sorbets, and icy blue/greys and pinks. Assorted prints in vintage florals, polka dots, and plaids give shoppers enough variety to find a print or pattern that they’ll gladly shed their layers for.
Fun Ikat inspired graphics on purses and coats lend a tropical vibe to welcome the summer months while the many floral prints range from the big and exotic to the girlishly ditsy. Typical Spring standards – resort striped tees, island beads, lightweight denim and khaki, are thrown in to the pot for easy mix and match while the more adventurous can wear dresses of layered and tiered tulle or feathered hair accessories.
Cleverly tailored blazers in slim fits to roomier and exaggerated silhouettes can be layered over the soft drapey pieces that display the unmistakable Lilith signature. Easy wrap and tie sweaters and blouses (in both woman and girl sizes!) pair sweetly with calf length dresses and skirts.
The ease of wear and slow re-introduction to color works well to soften the integration of Lilith’s Spring pieces to the already existing wardrobe. After all, to us, Spring cleaning means throwing out the old, tired things from last season to make room for the refreshing new must-haves of this season.
—Rachel Rozzi

Architectural pleats and layers dominated Adam Lippes’ namesake label this season. Bold berry hues and rich burnt orange played right into the F/W season with neutral cool greys, black and charcoal. Exposed metal zippers and dark sequin effects added a clean line of rigidity to the feminine shapes in luxurious fabrics, leathers, and fur. The warmth of the collection waxed and waned as neutrals floated in between burst of traditional fall hues. Metal appliques gave a protective coat of armor and deliberate, sharp tailoring hinted at a fitted form. The use of clearly girlish touches in crinkle pleated skirts mixed deliciously with cozy thick cable knits coated in foil. The few but purposeful and beautiful prints in the collection shone from the subdued first plaids to the last abstract animals. ADAM’s Fall/Winter collection simply just gets better the more you look at it. — Rachel Rozzi
Photos by Stevyn Llewellyn 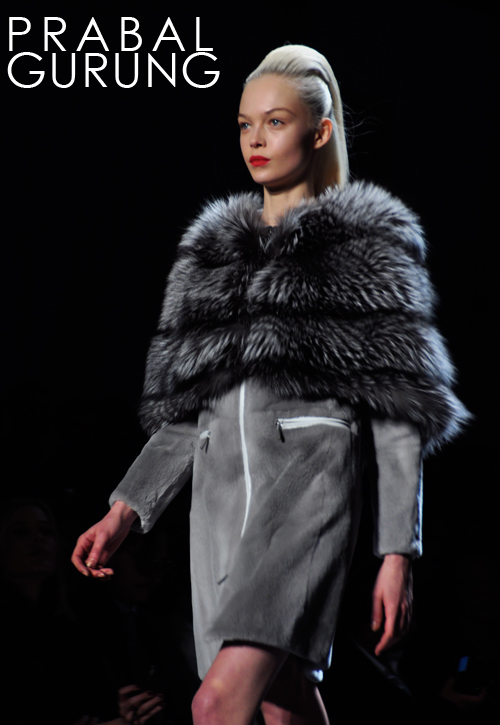 The immensely immediate popularity of Prabal Gurung’s reputation proceeded him as Anna Wintour, Rachel Zoe, and Zoe Saldana adorned the outskirts of his Fall/Winter runway show this season. Needless to say, he lived up to it. His collection fared mostly on luxuriously tailored wools, silks and a drop dead gorgeous viscose gazar in stunning burnished gold, bottle green, and crimson red. His asymmetric tailoring worked well in both silks and wool, expertly shown to look color blocked with design purpose. Playful neutral fur and feather additions in dresses and jackets added a touch of old world glamor to the modernity of silhouette and line while a sprinkling of swarovski shot in a bit of glam. A bold black and crimson hooded drop-shouldered cape in a luxe double faced wool stole the show until a red carpet worthy crimson strapless gown closed down the catwalk to thunderous applause (Take note Rachel Zoe!). It seems Mr. Gurung still has a devotedly steady following. A following which is completely and utterly deserved.— Rachel Rozzi
Photos by Stevyn Llewellyn
[svgallery name=”prabal_gurung_fall2010″]