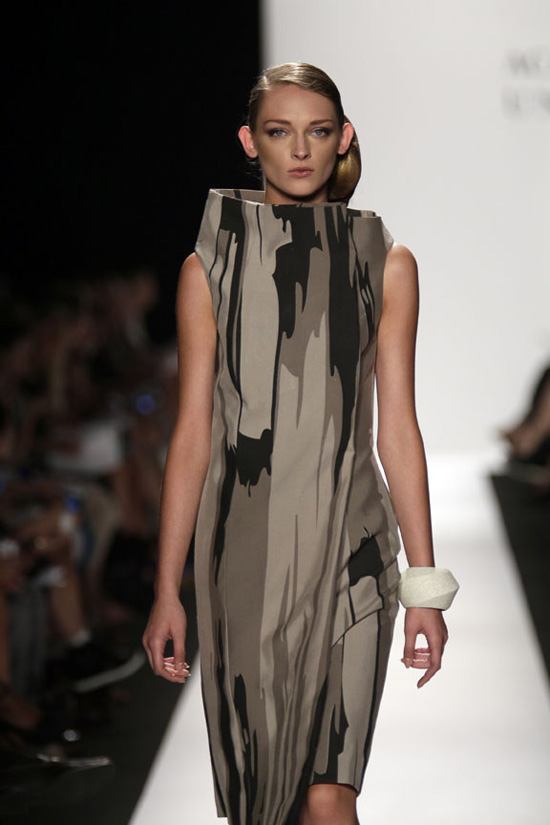 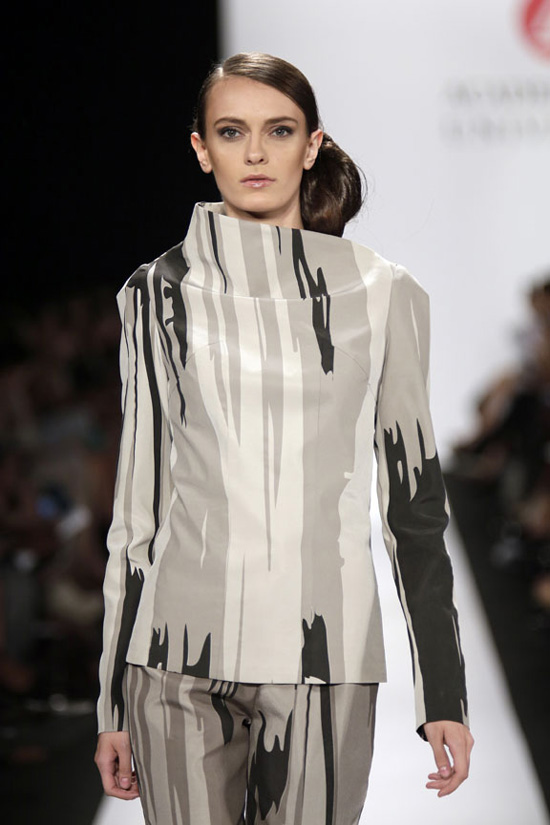 Jie Jessie Liu was born and raised in Penglai, in the Shandong Province of China, and earned her B.F.A. in Accounting from York University in Canada. At Academy of Art University, she has earned her M.F.A. in Fashion Design. Liu’s designs were also presented at the University’s Spring 2012 Fashion Show as part of the Italian Trade Commission Collection, and she earned second place in the Inspired by Vitamin Water design competition that was judged former Project Runway finalist Mondo Guerra. Liu collaborated with Textile Designer Tanja Milutinovic for her Spring 2013 collection. She was inspired by the artist Anish Kapoor, known for his geometric, streamlined sculptures and installations, which she interpreted in the garments’ sharp lines and angular silhouettes.

Tanja Milutinovic is originally from Belgrade, Serbia and earned a B.A. in Philology and Arts from the University of Kragujevac. She came to Academy of Art University to pursue her M.F.A. in Textile Design, and earned first place in Stylesight’s Spring/Summer 2012 Prints and Graphics competition for her innovative work.
Milutinovic collaborated with Jie Jessie Liu, creating prints for Liu’s Spring 2013 collection.