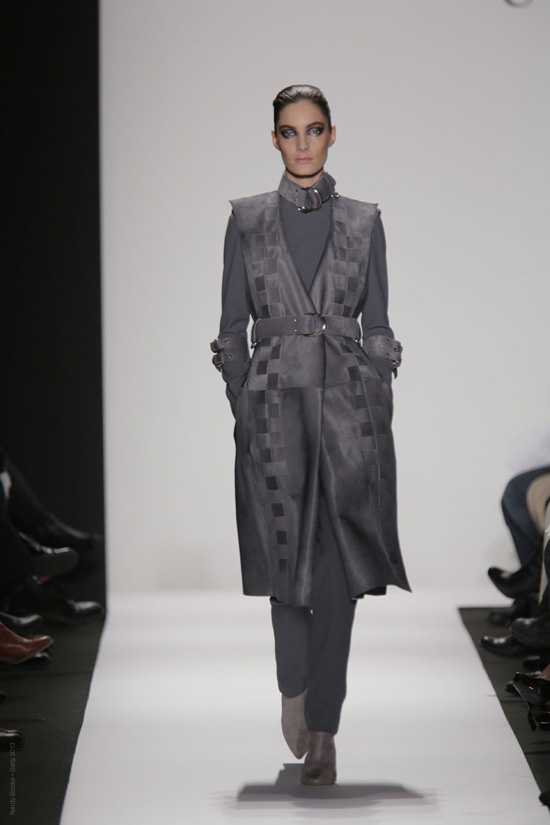 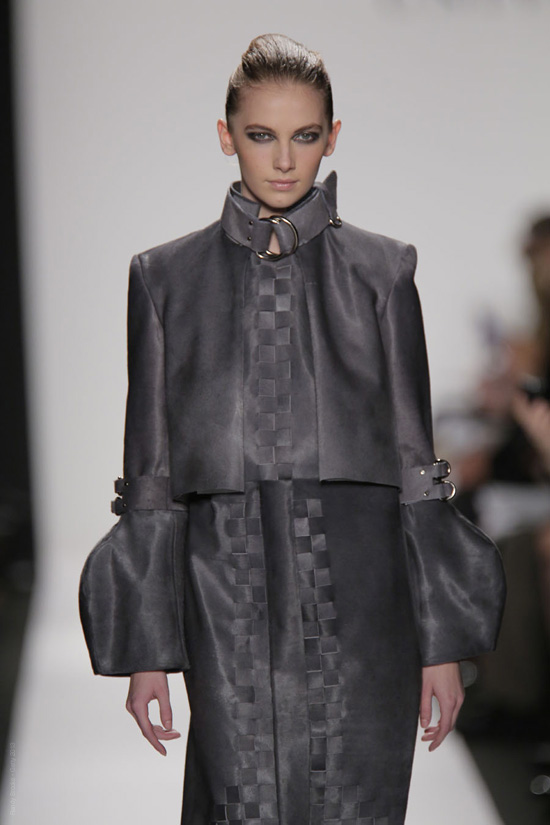 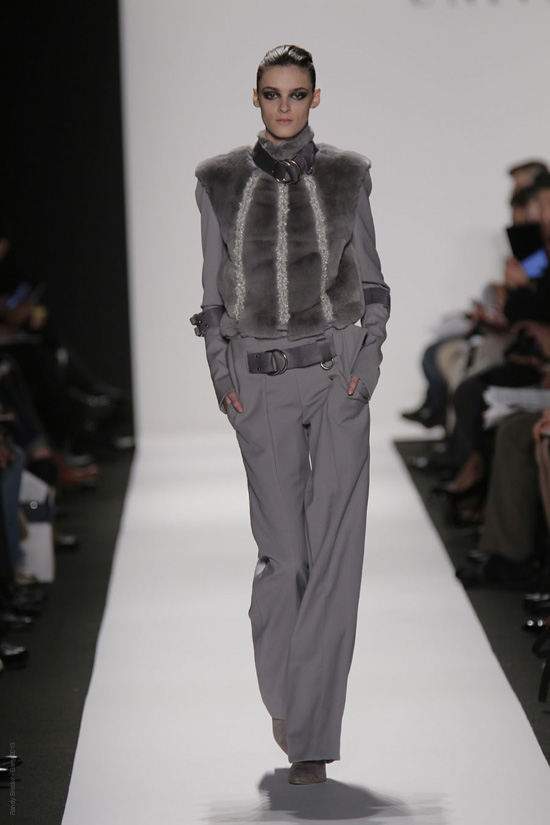 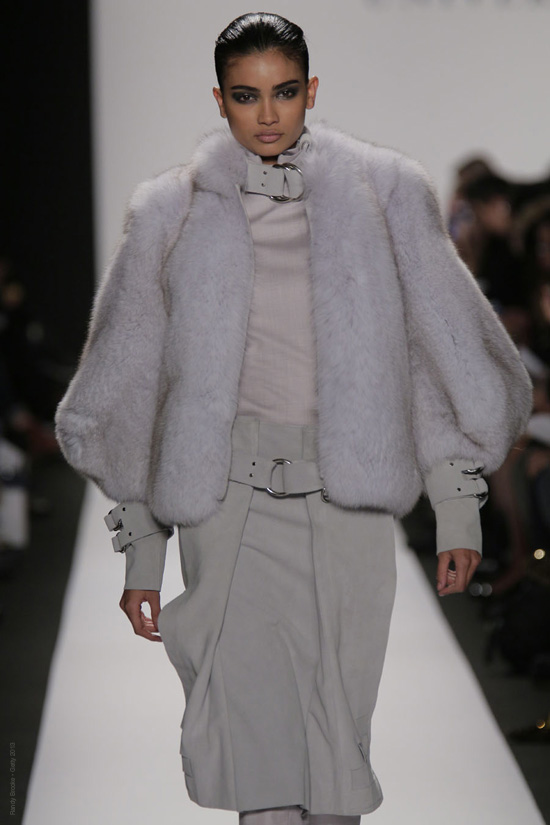 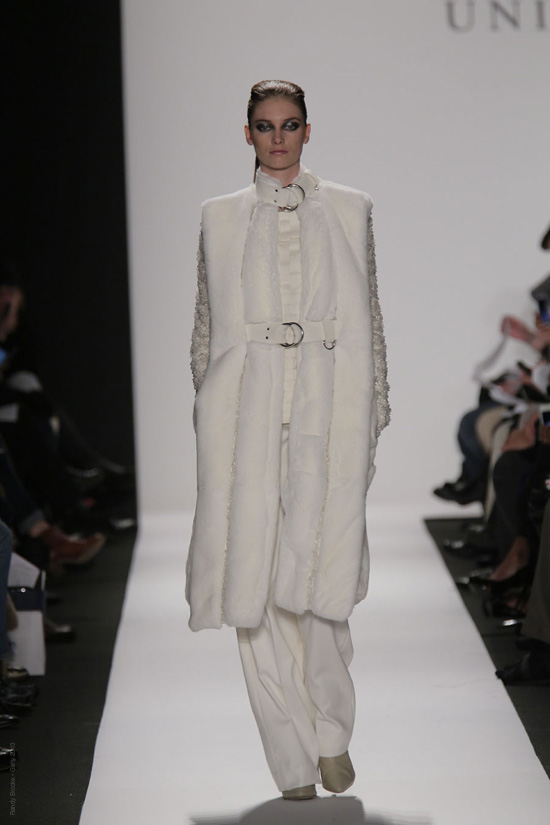 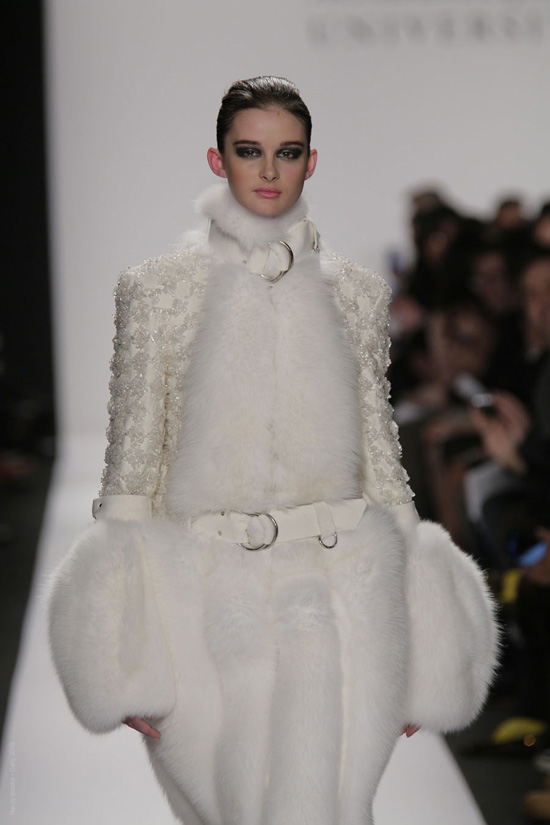 We saw soft gris (grey) tones and structured silhouettes for designer Qian Xie’s creations. She cites the study of light as an inspiration point. If that’s the case, then her looks remind us of the entry of dawn and fog and white cloudy skies.

From The Press release:

Qian Xie is originally from the Chongqing Province of China, where she attended the Southwest University of Political Science and Law, earning her undergraduate degree in Legal Studies. After working as an assistant to a fashion editor at New Woman Press in China, Xie decided to pursue a career in fashion and
enrolled in Academy of Art University’s graduate Fashion Design program. During her time as a student, she earned design awards including the Vitamin Water Dress Competition in 2011 and took first place in the Evening Wear category at St. Vincent de Paul San Francisco’s annual Discarded to Divine fundraiser. Forher Fall 2013 collection, Xie was inspired by the ways in which natural light creates shadows in interior spaces at different times of day. Her designs focus on geometric silhouettes and play with notions of negative space. 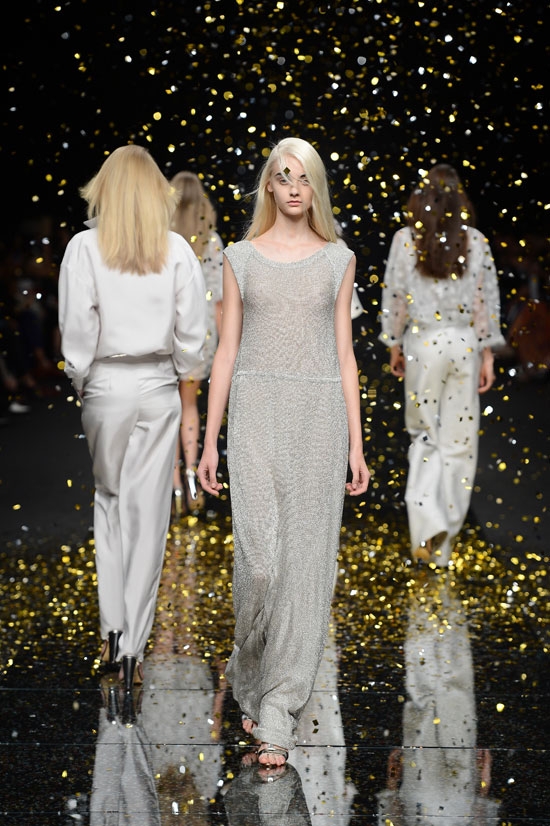 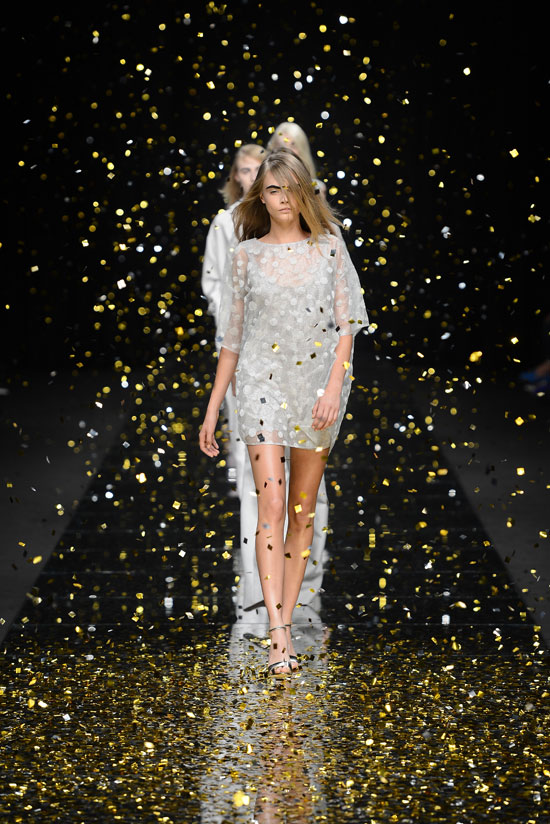 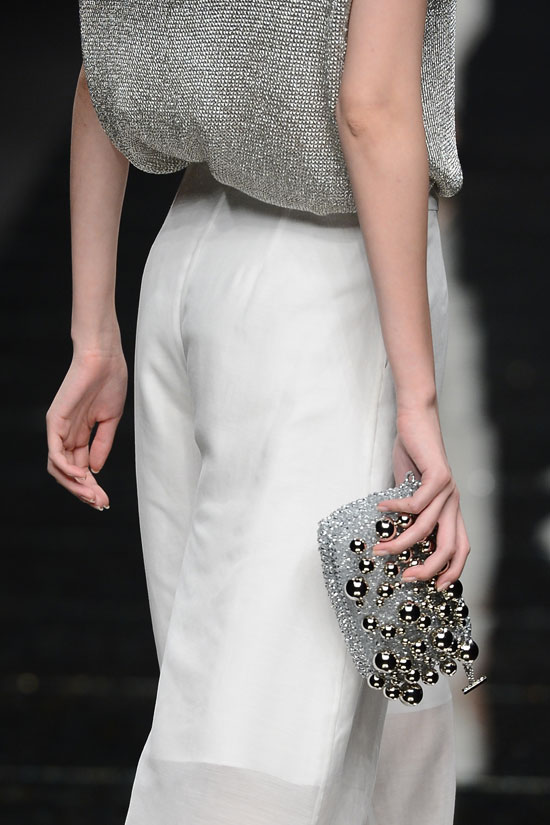 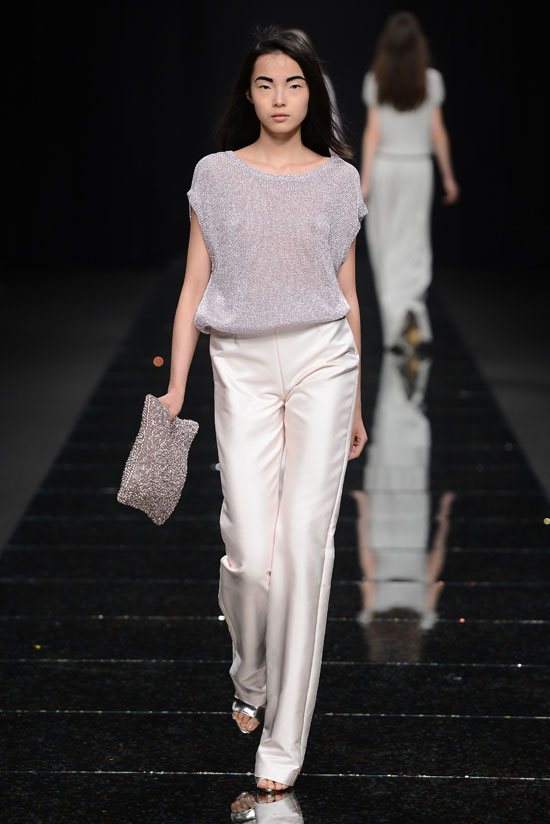 A model walks the runway during the Anteprima Fashion Show as part of Milan Fashion Week Womenswear S/S 2013 on September 20, 2012 in Milan, Italy. (Photo by Venturelli/Getty Images for Anteprima) 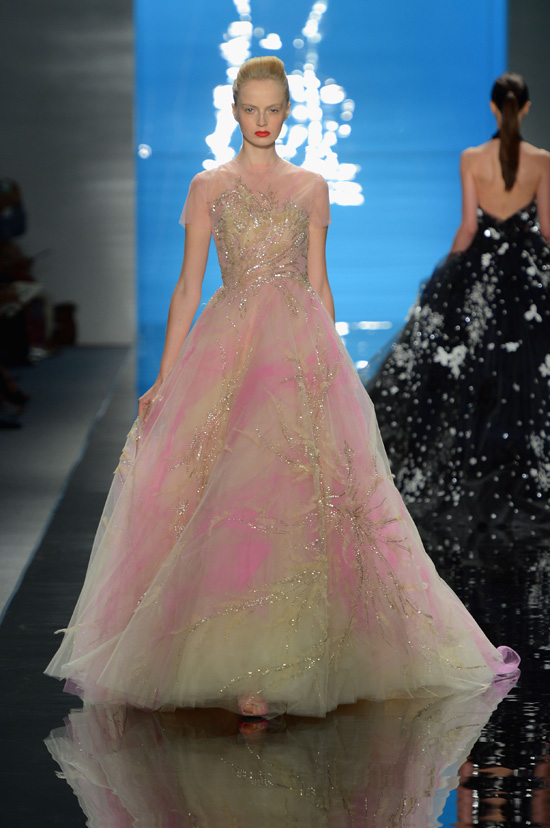 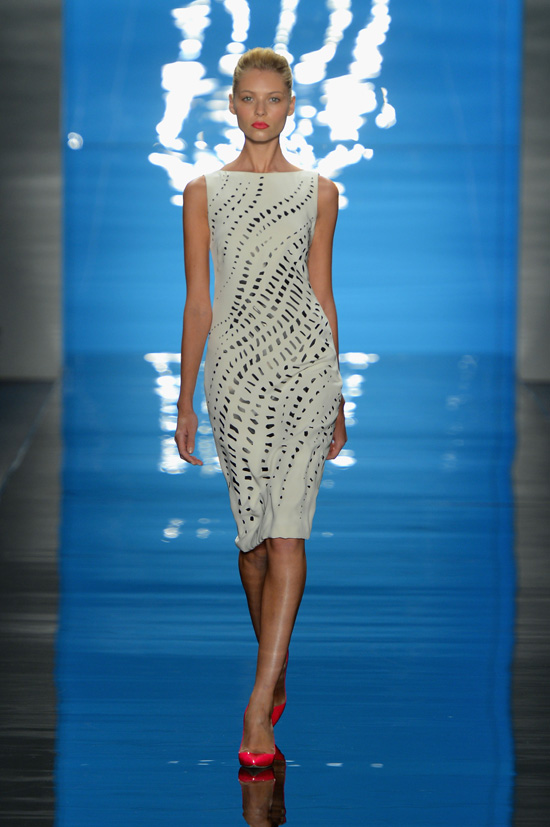 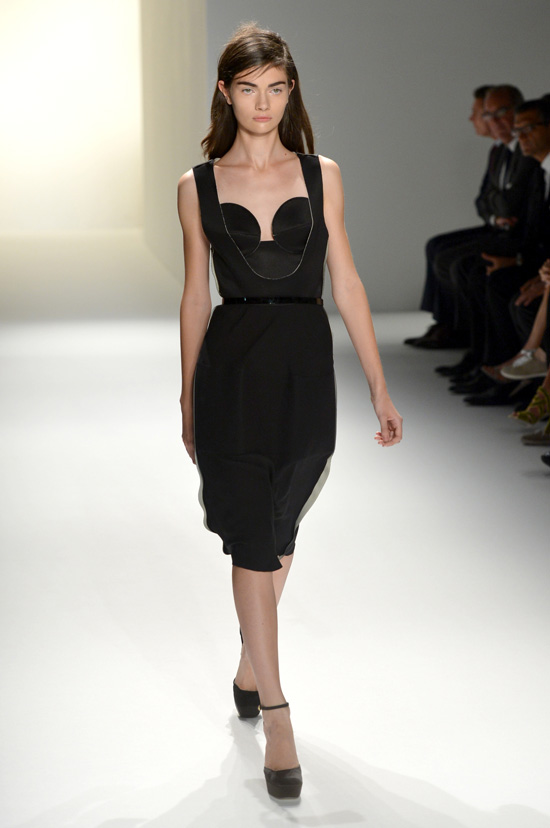 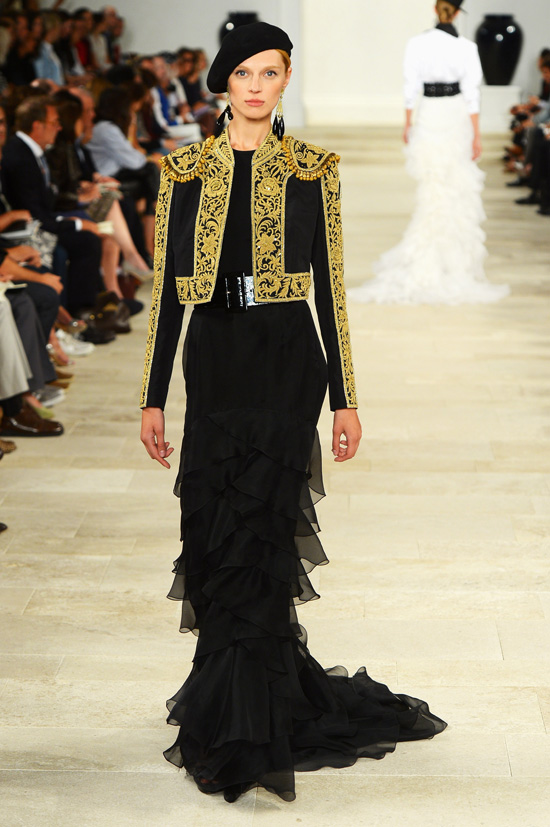 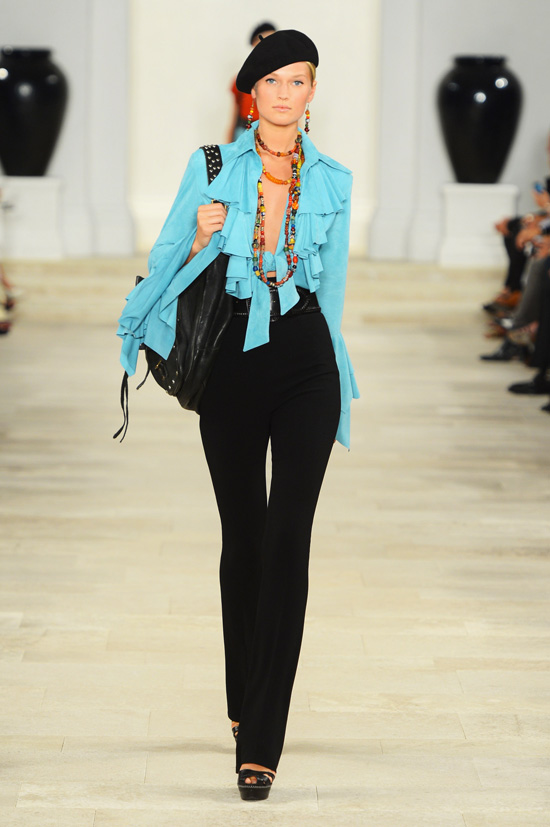