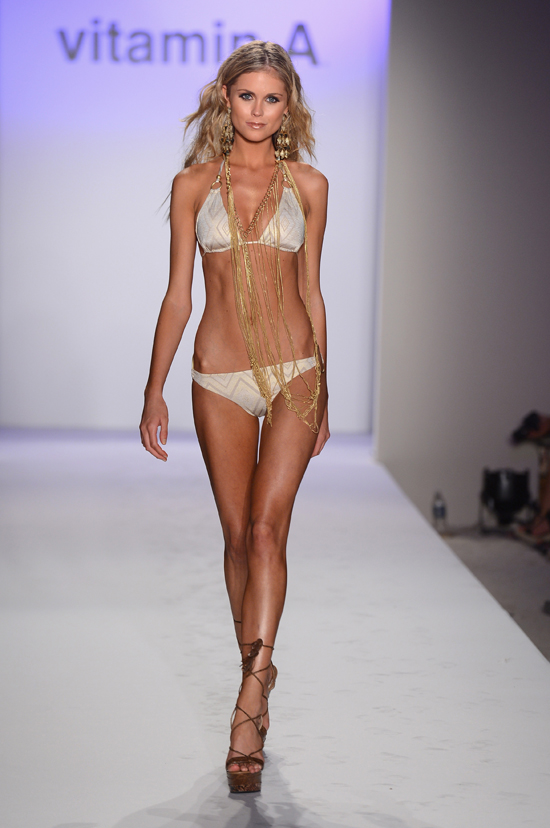 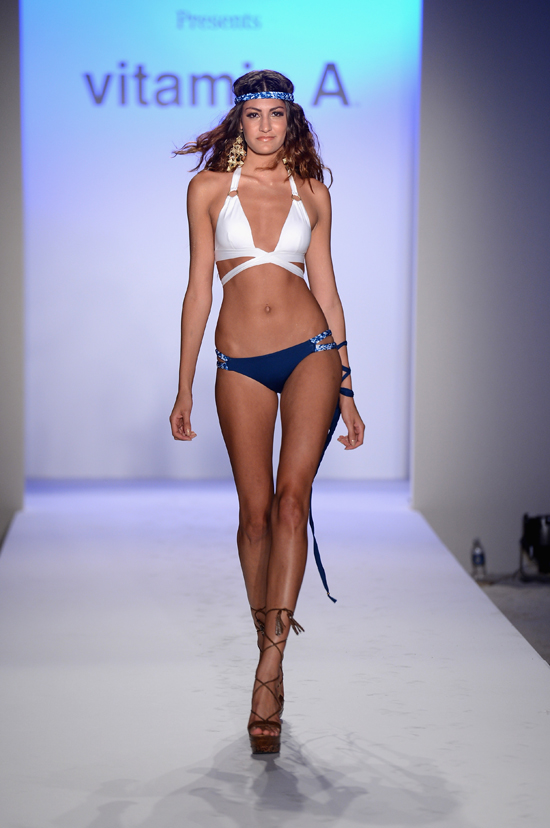 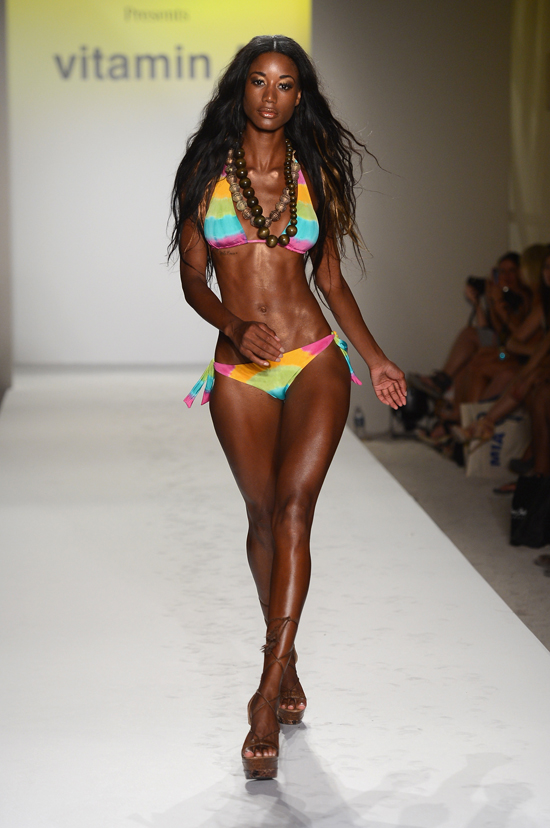 Photos from the Vitamin A swim collection in Miami. Designed by Amahlia Stevens.

Laguna Beach local Amahlia Stevens has inspired a cult-like following of A-listers and bi-coastal beauties who are hooked on the designer’s effortlessly chic bikinis and coverups. Vitamin A fits like no other bikini on the market, and radiates natural sexiness like no other bikini on the beach. You have a recipe for Chic simplicity: a little bit 70’s, a little bit minimalist.

That California ease and effortless sex appeal are in Stevens’ DNA. A graduate of Art Center College of Design, and veteran of the OC surf-skate industry, Stevens first began designing bikinis for herself in an old-school Laguna custom swim shop, then for friends, and now for a loyal base of jet-setting clientele. What started as a desire to create the ultimate shape, her ubiquitous “California Cut,” has evolved into a full resort wardrobe of sexy separates that really fit, and laidback luxe, “après beach” pieces that really travel.

Equal parts chic and functional, the label is often referred to as the LBD of swimwear. These LBBs—little black bikinis—come in more than just black, though. The dazzling Power Palette, in a rainbow of rich hues, is designed to mix and match with Stevens’ own bohemian-flavored print designs. A jet-setter’s delight: unique, travel friendly, and very customizable. . It’s no wonder Hollywood It girls like Gwyneth Paltrow, Scarlett Johansson, Leighton Meester and Jessica Alba are all addicted to Vitamin A.

The designer has also hooked eco-chicks with a new incarnation of chic and sleek, “green bikinis,” using fiber made of would-be waste diverted from landfills, and Stevens is proud of the fact that every Vitamin A bikini is produced in California.

Amahlia lives and loves the lifestyle she purveys. Between inspirational jaunts to exotic shores, she comes home to Laguna, where she shares a mid–century beach bungalow with her partner, Norwegian film producer Julius Mørck, and their puppy, Jasper Jones.