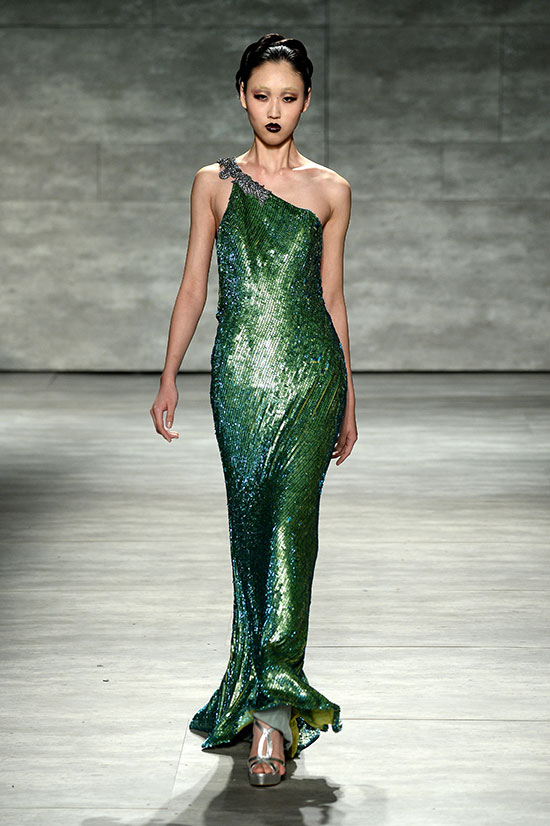 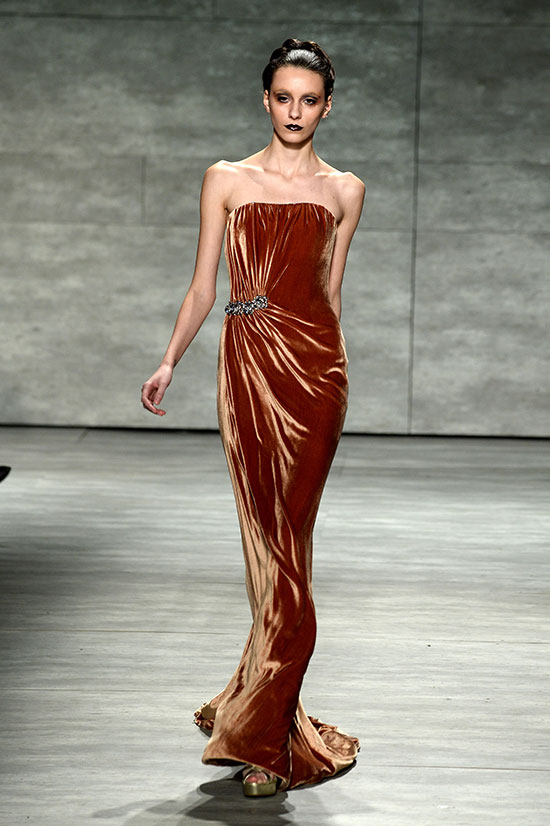 NEW YORK, NY – FEBRUARY 08: A model walks the runway at the Venexiana fashion show during Mercedes-Benz Fashion Week Fall 2014 at The Pavilion at Lincoln Center on February 8, 2014 in New York City. (Photo by Frazer Harrison/Getty Images for Mercedes-Benz) 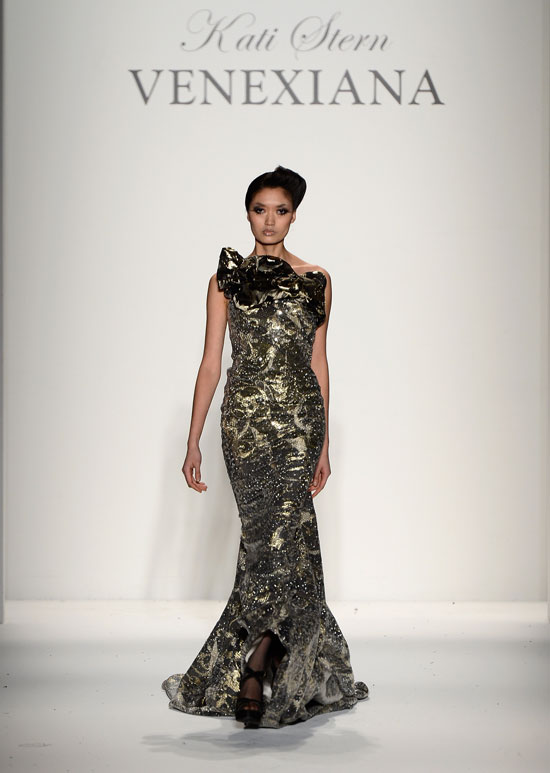 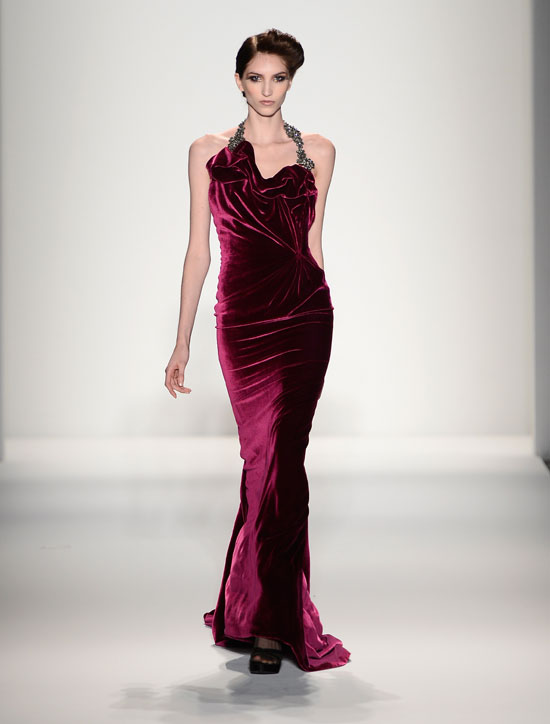 
Ahh the power of the pink backstage pass! Lets you wander around, interview designers, mingle with models and makeup artists, rub shoulders with celebrities (as you try to recall who they actually are), make friends with photographers and security, and best of all, get an up close and personal sneak peek at the garments before they glide down the illuminated runway.
Of all the backstage experiences I’ve had, (not many, but a handful) the energy at Venexiana was a very positive one. When asked if she was nervous at all, Kati lightheartedly replied ‘never by this time’. I guess there’s no point in being nervous. Its too late to even let those feelings cloud your time to experience all your months of hard work finally paying off. Hairstylist, and founder of Tela Beauty Organics, Philip Pelusi, described how the first hair style had to be changed the night before because it dawned on them that it didn’t quite go with the clothes. ‘That’s just how it is’ he described with a shrug and a smile. And the mood remained calm and enjoyably charged. Even with the models running frantically between hair and makeup to scrounge up any left over food (which me, Stevyn and some other starving photogs had already scarfed down, whoops), the excitement was building up to the final presentation. When the plastic covers came off the racks and we were able to get that exclusive close look but can’t touch…wow, drool! (no not really, but yes my fashion senses were in overload). Sequins, and crystals and leather oh my! To truly see the quality of the garments and the details of the artisanship was simply breathtaking. You get a different perspective than from just seeing the garment for a fleeting minute during the actual show.

Kati Stern has a loyal following and you can sense the anticipation from the crowd as every seat was filled. They came for a show and she delivered, with a very sumptuous collection of a whopping 69 looks. There were metallic fitted goddess dresses and cascading black sequin gowns fit for the Venexiana woman who wants to walk into a room and have all eyes on her. Leather and tweed daytime looks in pant suits, skirts and jackets topped off with luxurious fur coats. Her grand finale bridal gowns, Swarovski encrusted and blooming organza petals, really stole the show and her beloved fans returned the love with a heartfelt and well deserved standing ovation.
— Maria Giannakakis
Video by Stevyn Llewellyn
Visit Venexiana’s website here.
Visit Tela Design Studio here. 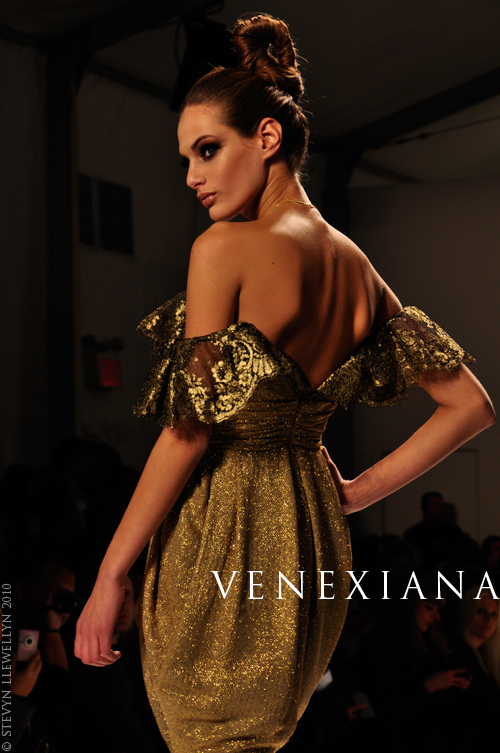