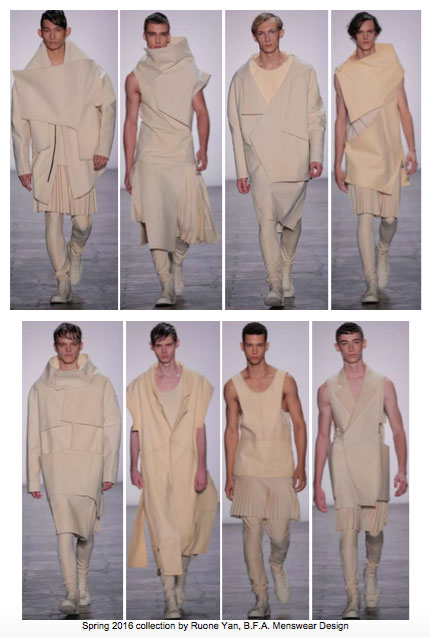 Ruone Yan, B.F.A. Menswear Design, was born and raised in Chongqing, China. As an undergraduate, Yan’s work has been shown at the Academy of Art University 2015 Graduation Fashion Show in San Francisco. Yan’s menswear collection was inspired by the Cephalotus, also known as the Venus flytrap. For Yan, the Caphalotus raised the question, “Is it better to be safe from external threats, yet be trapped with the promise of a certain, slow death, or to be free but vulnerable to unknown dangers?” Yan’s collection shows her inspiration with cocoon-like layers, fabricated from jersey, leather, and beige-toned canvas that she custom dyed with oolong tea. 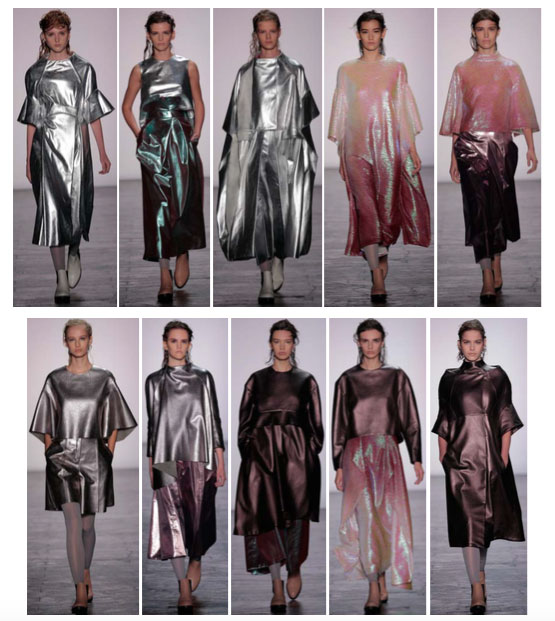 Max Lu, M.F.A. Fashion Design, was born in Taipei, Taiwan and grew
up in Taipei City. After he completed his B.F.A. in Fashion Design, he worked as a freelance print pattern designer and fashion stylist assistant. In Taiwan he received an Honorable Mention Award from the Competition of Taiwan Textile Federation and won first prize at Manga Fashion Design Competition. For Spring 2016 Lu created a collaborative collection with Jingci Jessie Wang, M.F.A. Fashion Design, who hails from Hei Long Jiang province, China. Wang completed her B.F.A in Fashion Design in China and worked at Starview Trading Limited where she designed lingerie, underwear and sleepwear collections. She won the second prize for the Bosideng scholarship, the Okawa Textile Company Competition Finalist Award, the 3rd Gunze Fashion Design-China T-shirt Recognition Award and the Triumph Inspiration China National Competition Finalist Award. While working toward her graduate degree, Wang worked at Dan group in San Francisco where she assisted in designing womenswear collections. Lu and Wang previously worked together as a part of a seven designer group that presented their collaborative menswear collection at Spring 2015 New York Fashion Week. For their Spring 2016 collection, Lu and Wang aimed to express ambiguous and unclear forms from a blurry dream. The collection features 1950’s classic and elegant silhouettes, executed in modern materials including lame, metallic leather and sequins. 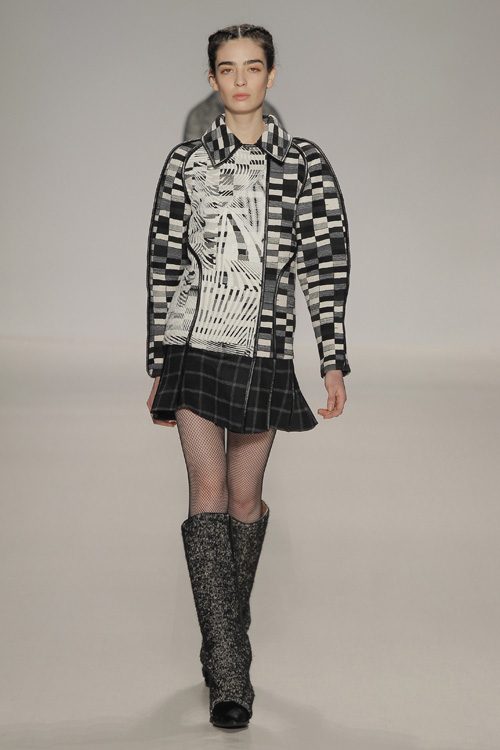 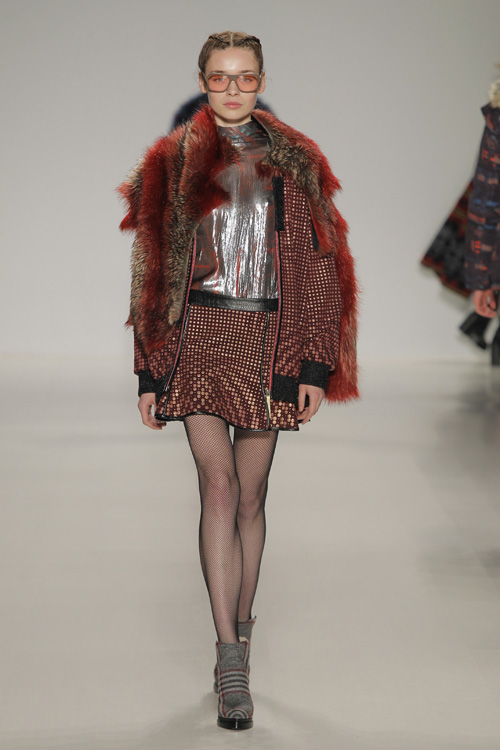 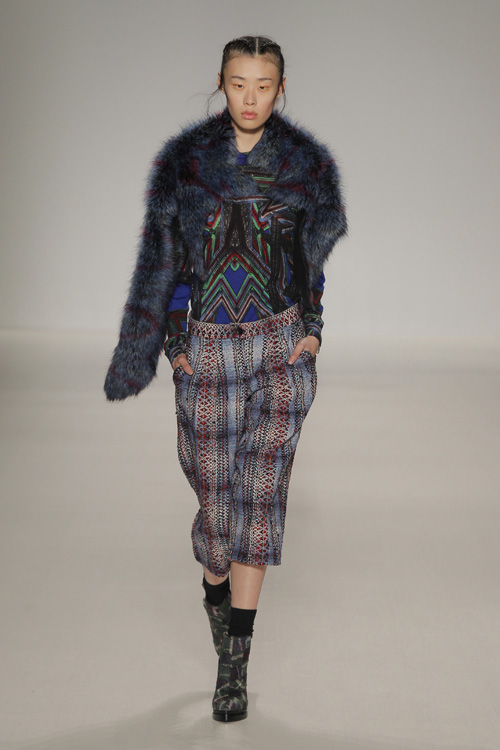 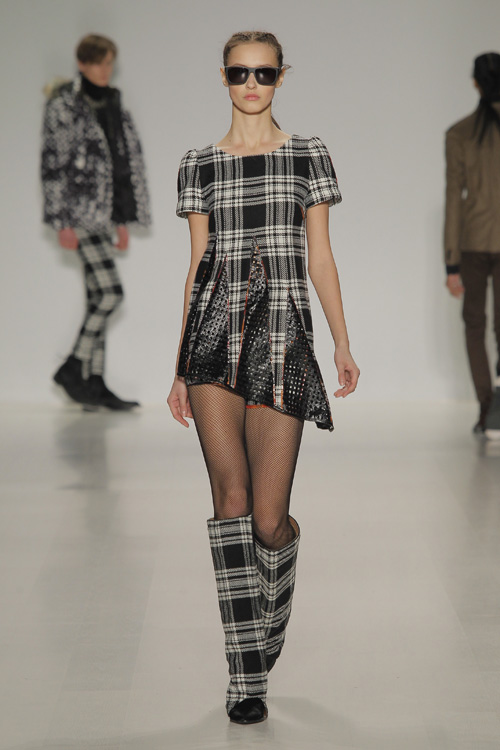 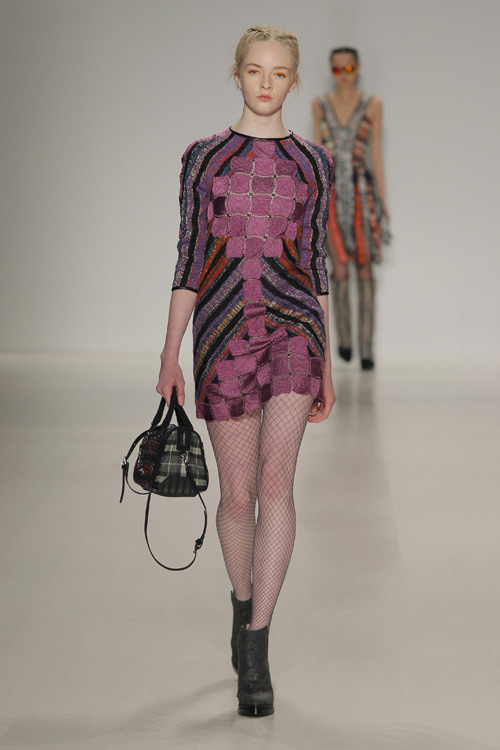 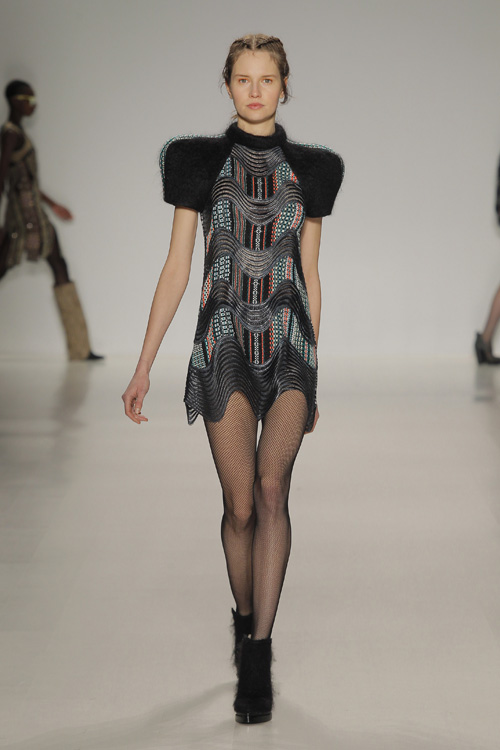 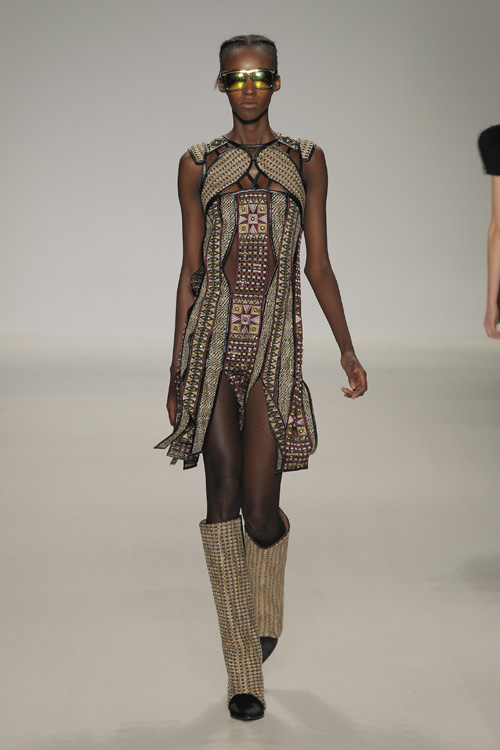 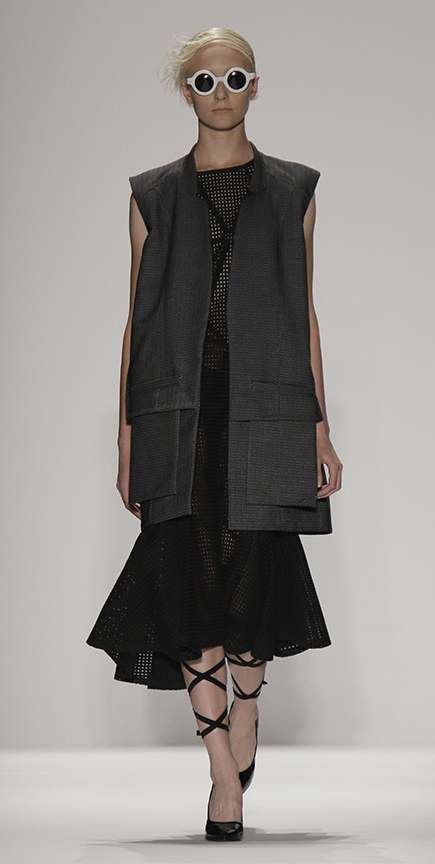 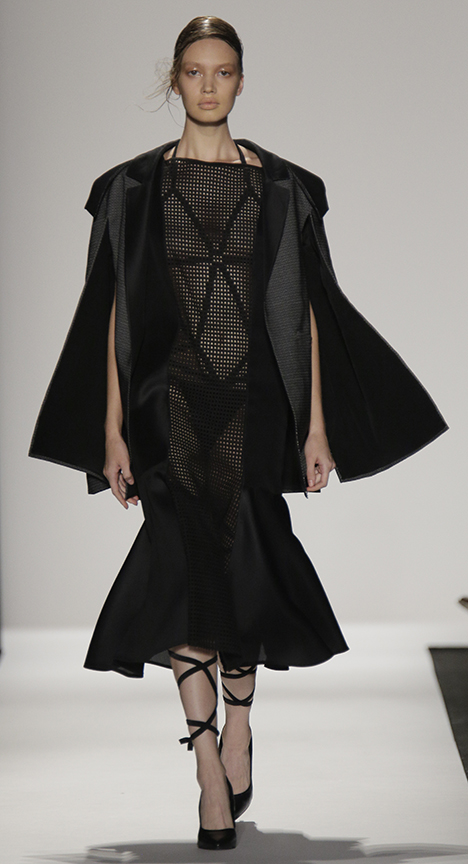 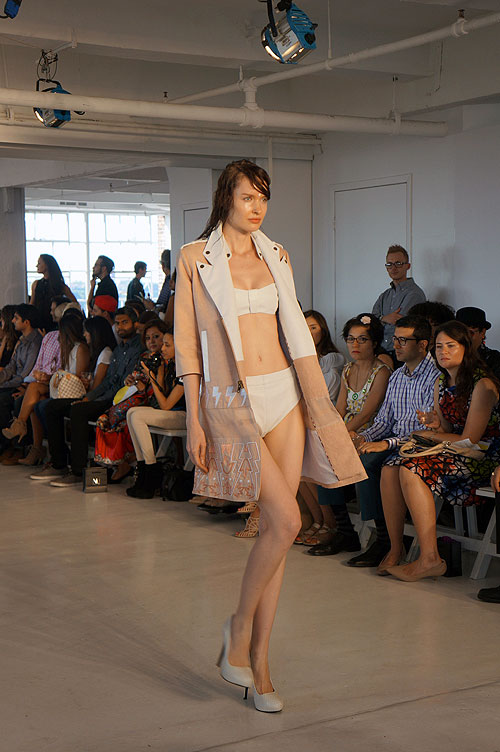 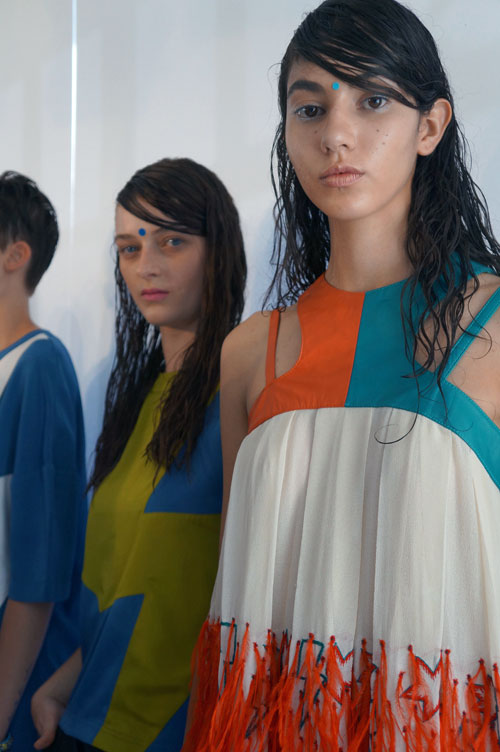 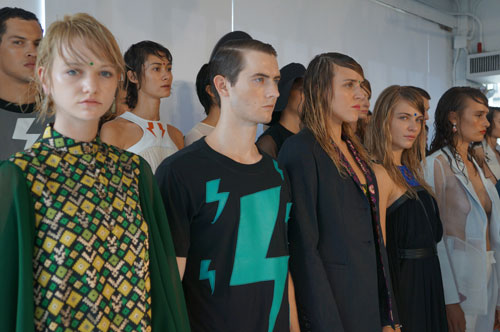 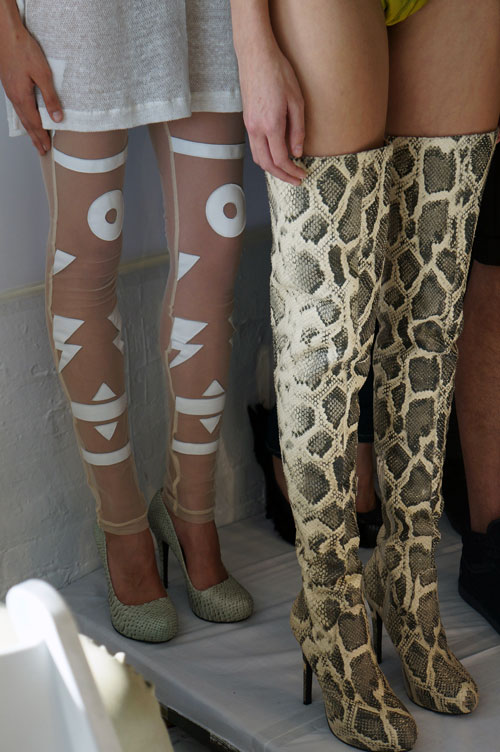 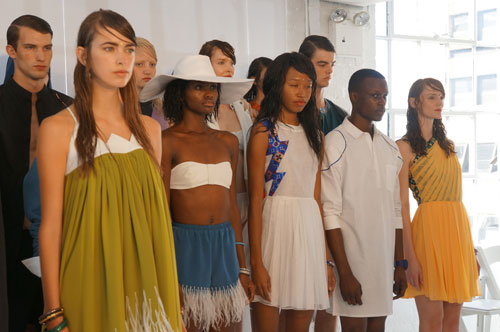 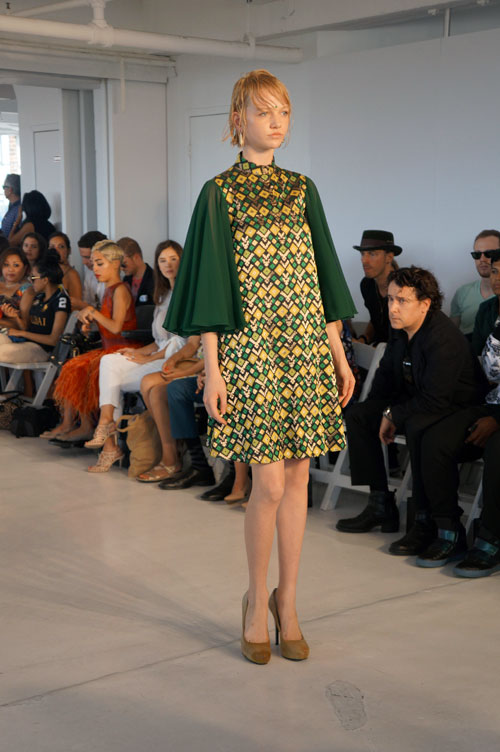 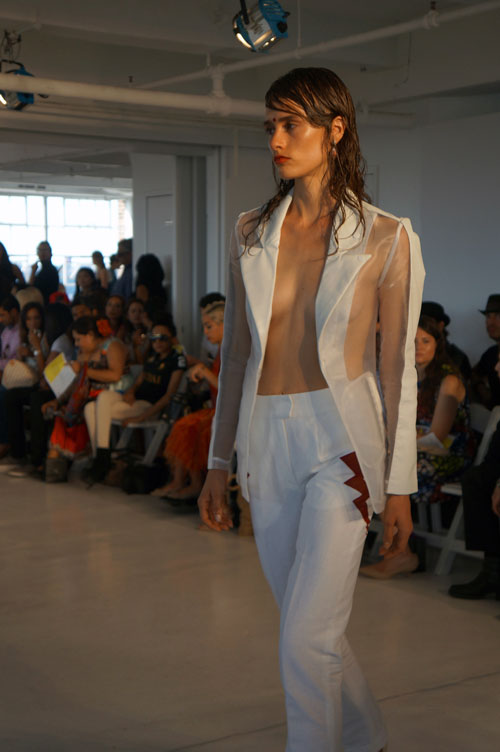 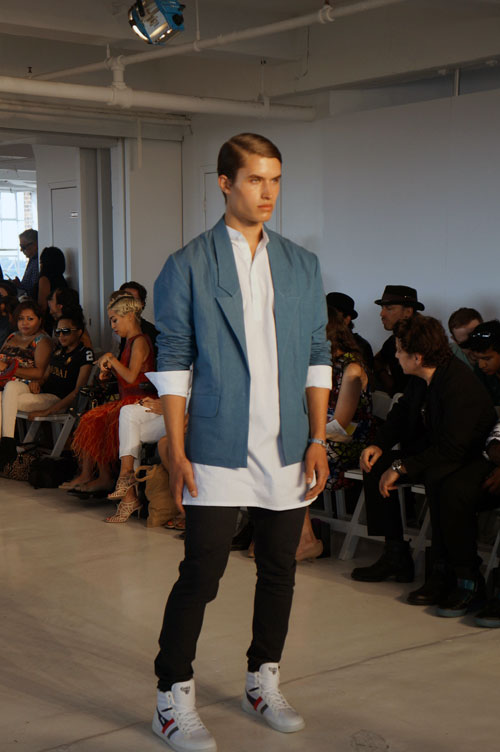 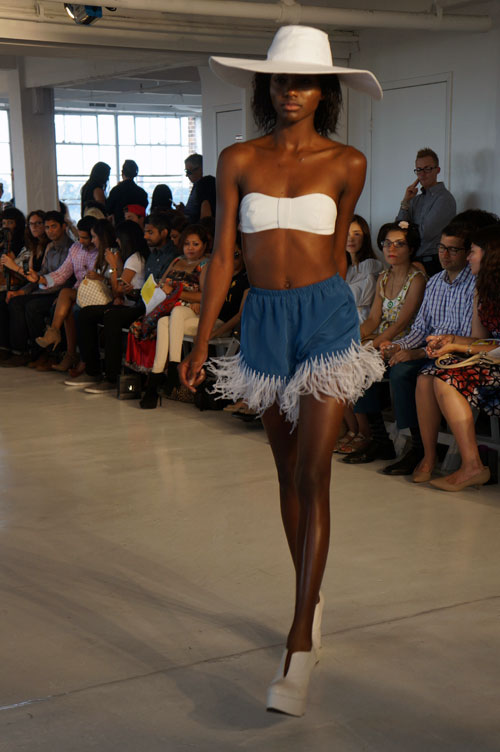 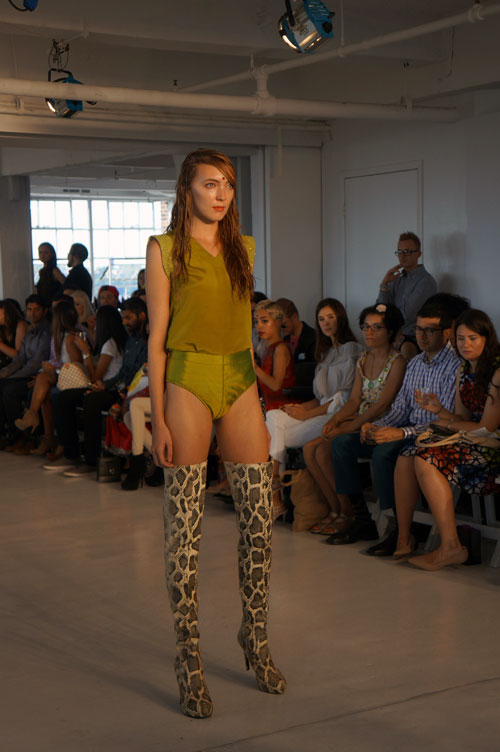 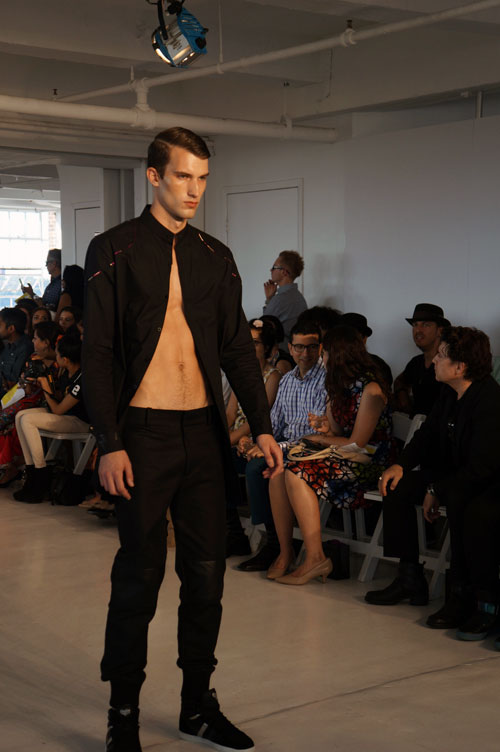 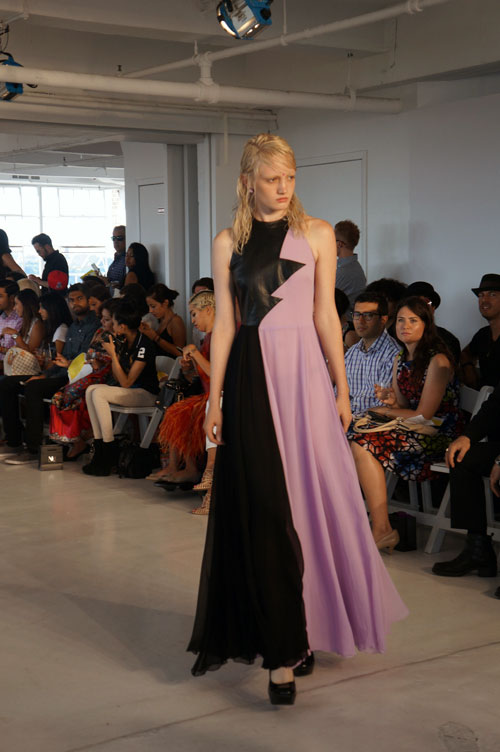