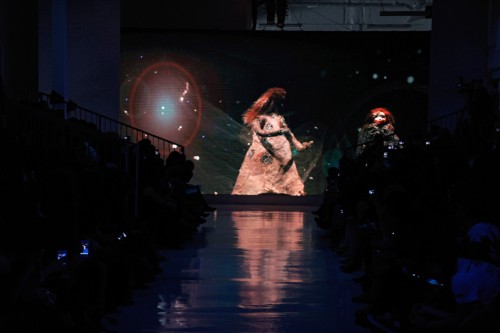 Maria A. Romero was born in Santa Barbara, California but grew up in Brillante de Miramar in Mexico. She graduated from Carpenteria High School. Her collection was inspired by her childhood memories of Dulces de Reliquias – traditional Mexican candies given out during nativity ceremonies surrounding the Christmas holiday. She sought to recreate the colors and textures of the candies using silk chiffon, silk organza, silk taffeta, and tulle. Romero produced the collection on a series of dolls, and collaborated with students from the School of Animation and Visual Effects to bring the collection to life. Sarah Burton, Creative Director of Alexander McQueen, has awarded Romero an internship.

Please visit the School of Fashion’s