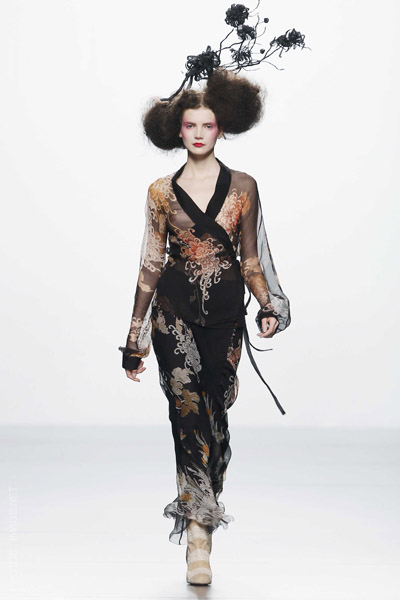 Elisa Palomino’s Fall 11 collection, Sacred Forest, is inspired by the great Japanese actress Sada Yacco. A geisha from the flowery kingdom who became the first woman actress of Japan, she was a big hit on the stage of Loie Fuller Theatre in Paris, inspiring the Japonisme movement and impressionist painters, creating the bases for the Art Nouveau. The collection is inspired by the influence of Sada Yacco on the fashion of Paris at the turn of the century – the way she looked in her kimonos became the sensation of Paris. The Japanese-style motifs, such s chrysanthemums, flowers, birds and various grasses represented a new decoration thereafter and until the l920’s. The prints and embroideries of the collection combine flowers of the four seasons: irises, wisteria, chrysanthemums and plum blossoms from the flower and willow world, with lavish silks and brocades. A purple cascade of Wisteria falls from puffer kimonos and chunky knits and clusters of Noda Wisteria hang from a long fringed gown. A scene with sparrows flying around irises, peonies, and hollyhocks is richly embroidered on decadent velvet and suede frocks. Wild chrysanthemums, “Queen of Fall Flowers, symbol of simplicity and perfection grow along the hem of rich woolen coats and are lavishly embroidered on cozy mohair knits. This was a collection to swoon over. A collection so exquisitely thought-out and executed to perfection that it sets your imagination on fire. I found myself lusting over these pieces – dreaming about them for nights afterwards, counting the days until they can be in my possession. 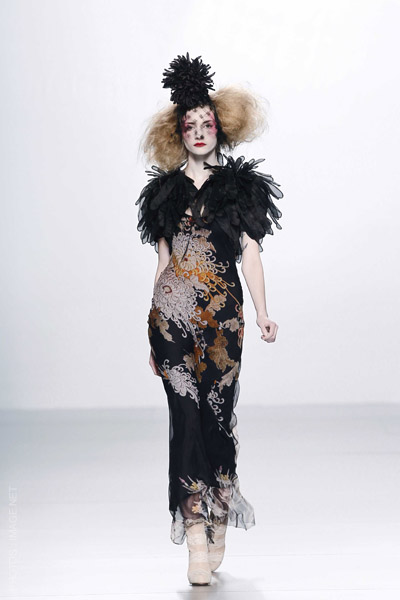 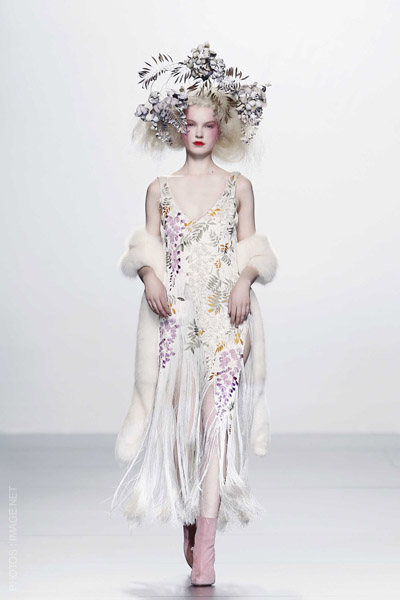 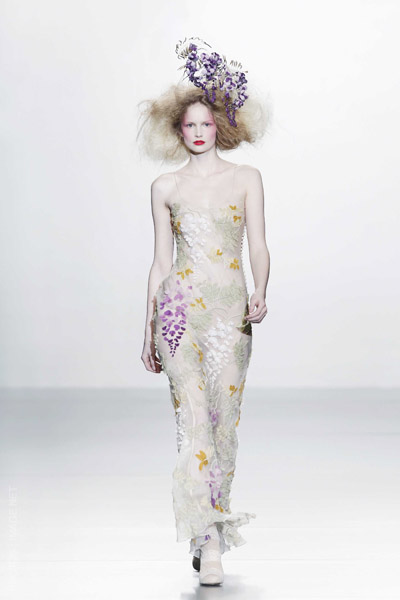