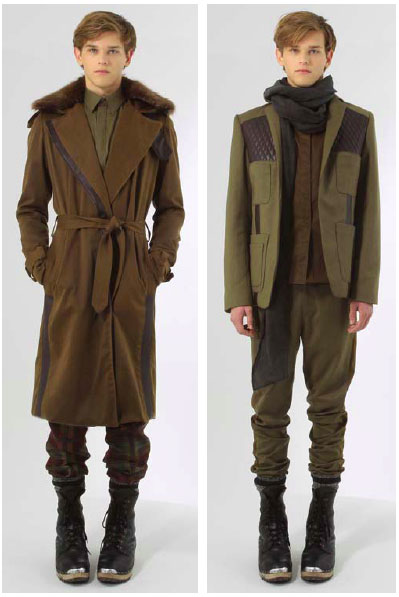 Donghyuk Dan Kim is originally from Incheon, South Korea where he attended Kongju National University and graduated with a B.A. in Chemical Engineering. While honing his skills as an assistant pattern maker with Bay Area designer Bacca da Silva, he earned his M.F.A. in Men’s Wear Design from the Academy of Art University. Donghyuk looked to vintage military uniforms and clothing from the American West for inspiration. He constructed his garments using wool, cotton, and leather in shades of olive green and dark brown. (Images and text from the Academy of Art University Press Release)