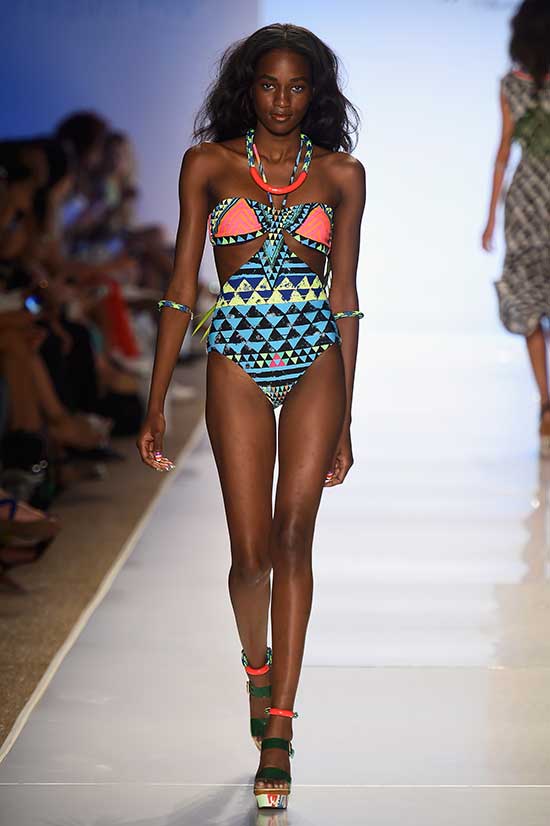 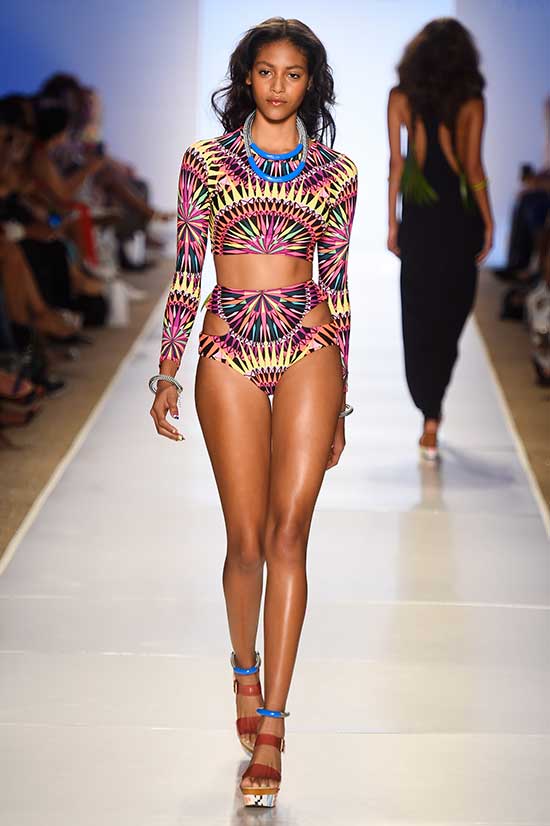 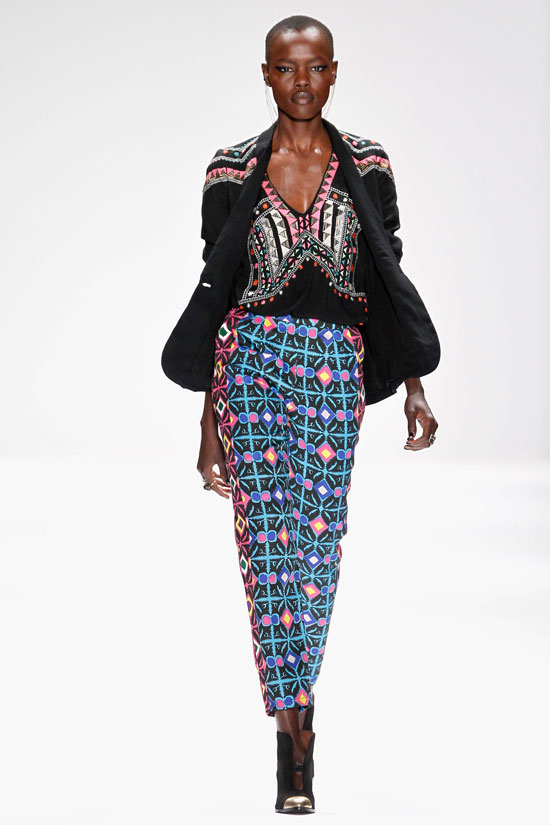 Mara Hoffman Fall 2012 collection at Mercedes-Benz New York Fashion week. See images from the collection in the slideshow below. Photos provided by runwayy.com 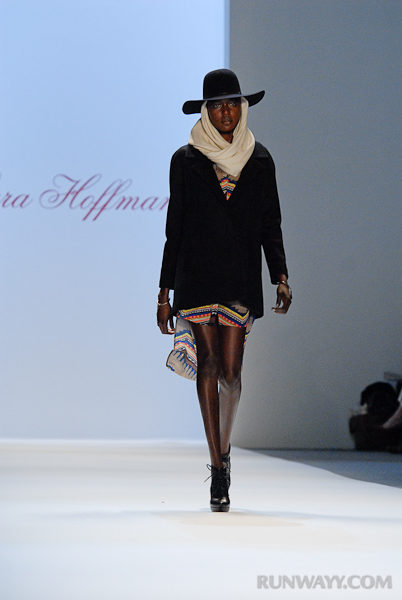 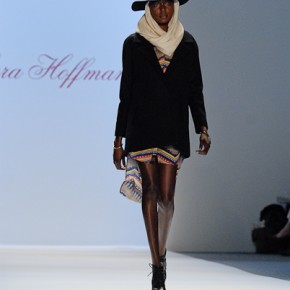 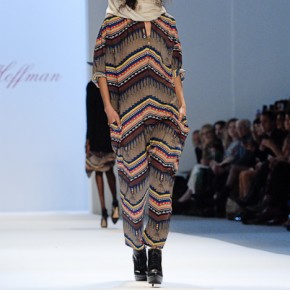 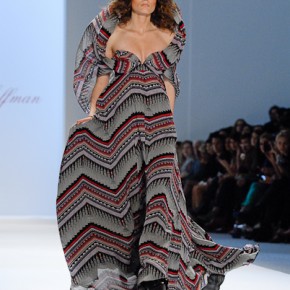 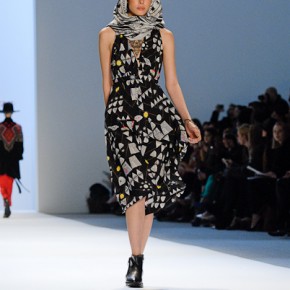 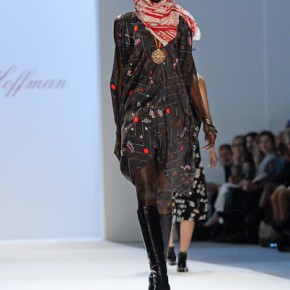 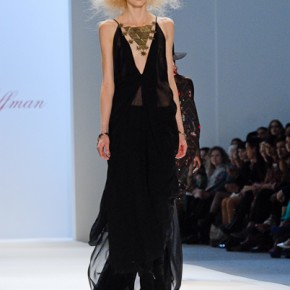 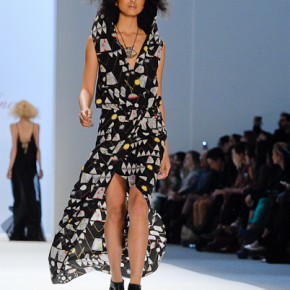 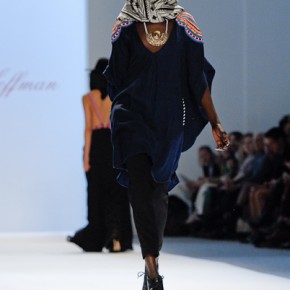 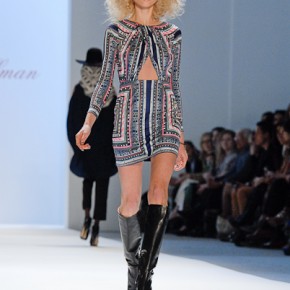 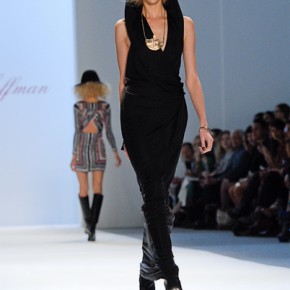 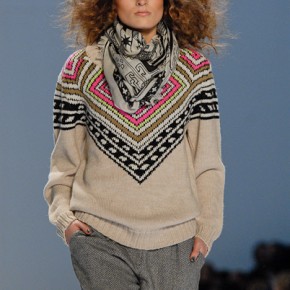 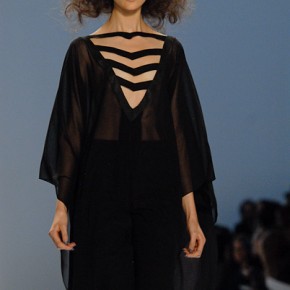 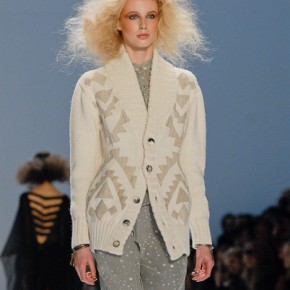 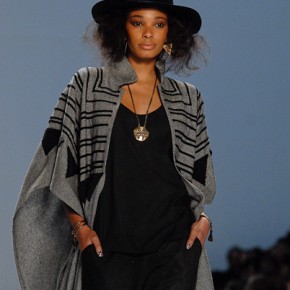 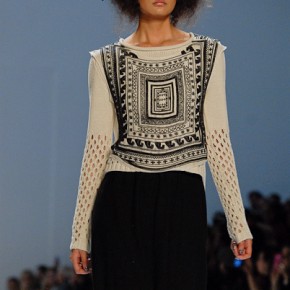 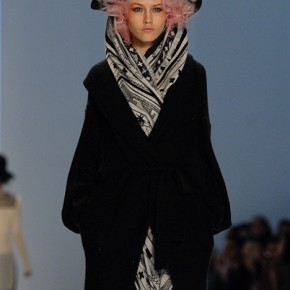 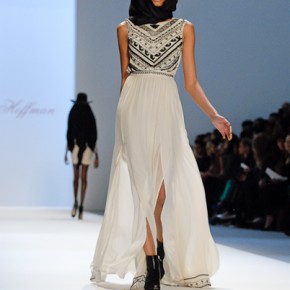 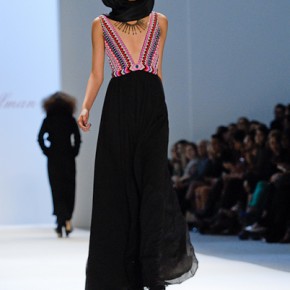 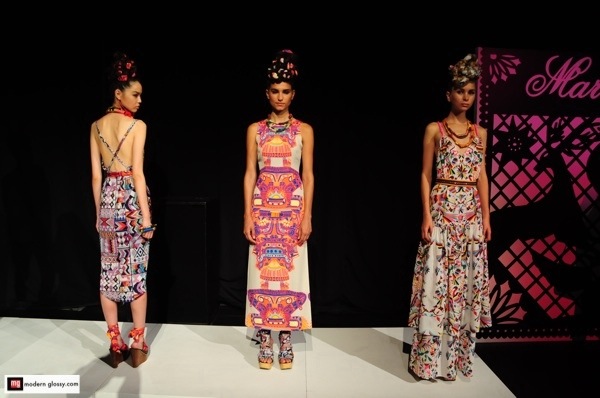 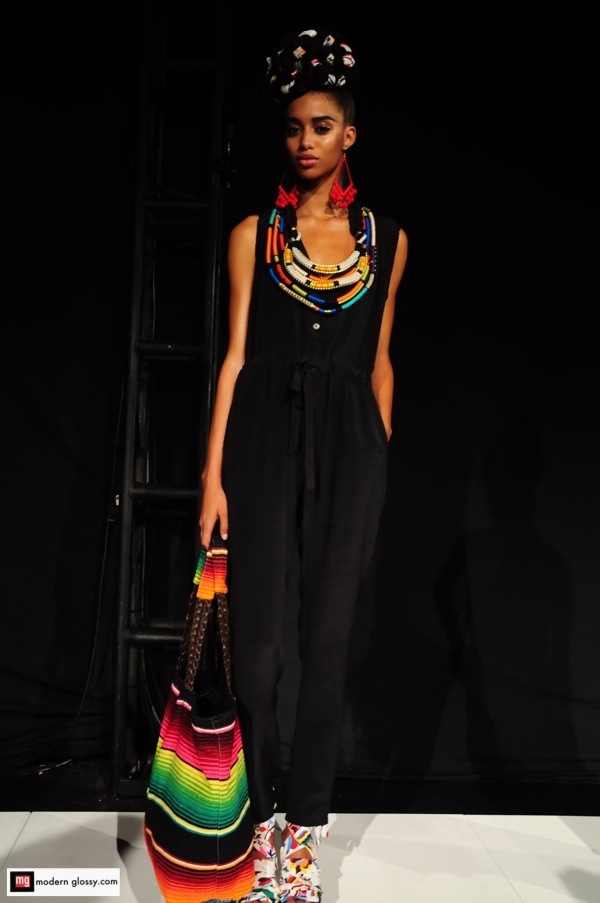 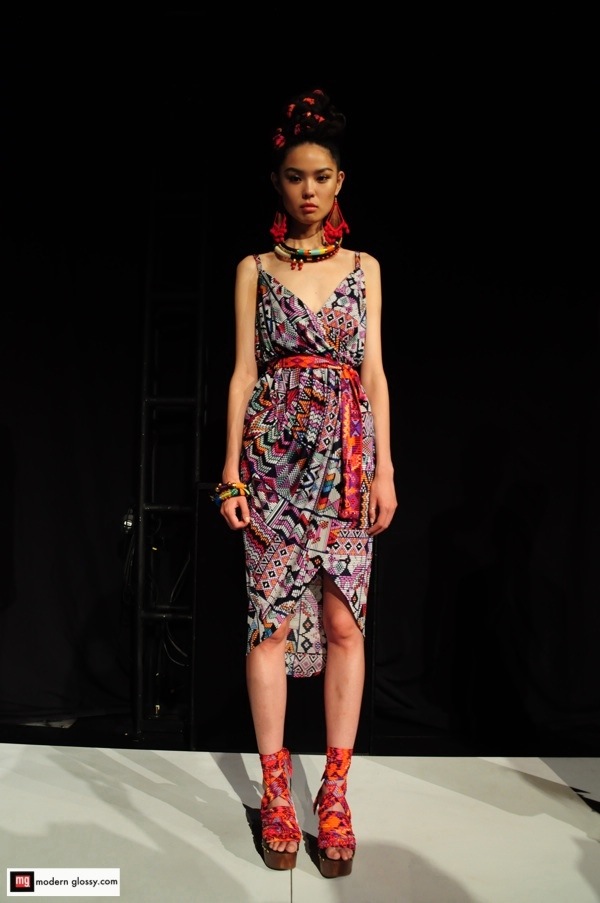 Mara Hoffman’s cheeky, bohemian prowess was in full effect for her Spring 2012 presentation, aptly named “Mexican Mamas.” A traditional mariachi band greeted us as we entered the Box space at Lincoln Center and models in vivid geometric prints and neon pops of color stood along the periphery of the room.

What we saw:
Jumpsuits with sexy, braided, cut-out backs and sheer tunics in vivid peacock colors. Lots of fun, boho patterns, a collage of abstract tribal prints that were vivid and fearless in its display of contrasting colors. Many of the patterns were designed in-house, such as Woodcut (white with wood cut design in brown and blue), Huipil (geometric dots with bright orange and purple colorways) and Techno Animal (bright colorful animals).

The sheer trend was still going strong with drapey shirts  worn over solid colored bralets and long floaty chiffon pants with shorts underneath. Another trend that was well interpreted were the amazing hair braids intertwined with bands of cloth  (less Heidi, more African desert goddess) which looked beautifully regal.

Her collection is vivid and pretty fierce, but what I really like is that it does not lose any of its softness, which may sound like a contradiction (and it is) but works on a level that seems individually like Mara Hoffman– a kind of bohemian romanticism with an exotic, sultry bloom.

For Spring 2009, Mara Hoffman presented a collection suitable for an exotic, tropical getaway. A bevy of geometric prints and intricate floral details on one-shoulder sheaths and tunics looked refreshing, especially when paired with tailored pieces. Airy cotton and linen paired well with leather accessories and canvas trenchcoats. Bandeau tops and tapered shorts were staples as well as the “Mara Tote”, a hot travel accessory and chic vest all in one!

Resort-fabulous pieces include a white babydoll, absolutely darling with frog clasps under an embroidered, kimono-sleeved robe. A halter swimsuit featuring black and yellow henna designs and the ornate blue and orange sari-wrapped bikini were marvelous.