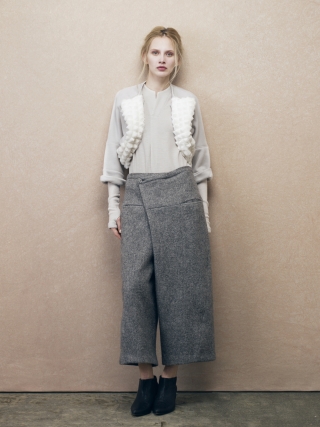 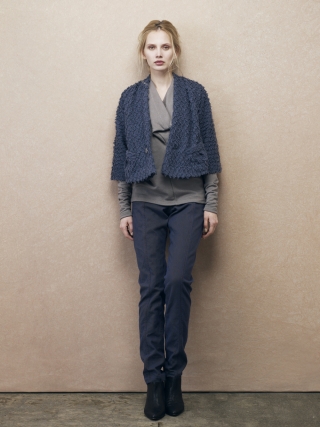 Matohu Fall 2011 by Hiroyuki Horihata / Makiko Sekiguchi.
Bio: Horihata graduated from Graduate school of Doshisha University, and Sekiguchi graduated from Kyorin University. They both went to Bunka Fashion College to take Men’s design courses. Each of them worked as a pattern maker for different designer’s brand for five years. They both went to England in 2003 and worked for a designer Bora Aksu’s collection 2004 – 05 A/W in London. After coming back to Japan in March 2005, they started “matohu” in 2005-2006 A/W. They won the prize “Mainichi Fashion new designer award & Shiseido award” in 2009.
Visit Matohu here. 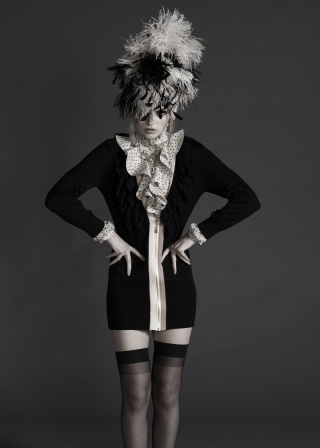 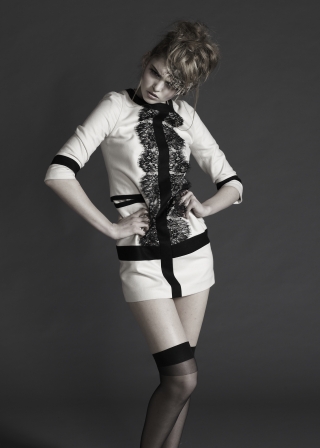 Bio: Motonari Ono went to Mejiro Design School during 2000 and 2002. From 2002, he started at London College of Fashion Foundation(LCF) where he graduated with honors in June 2003. In September 2003, he enrolled in Royal College of Fine Art Antwerp where he left shortly after to work for Bora Aksu, a London designer. In 2004, he joined Bora Aksu as a chief pattern-maker. After returning to Japan in 2006, he established motonari ono. He was elected the finalist of mango fashion award 3rd edition in 2010.