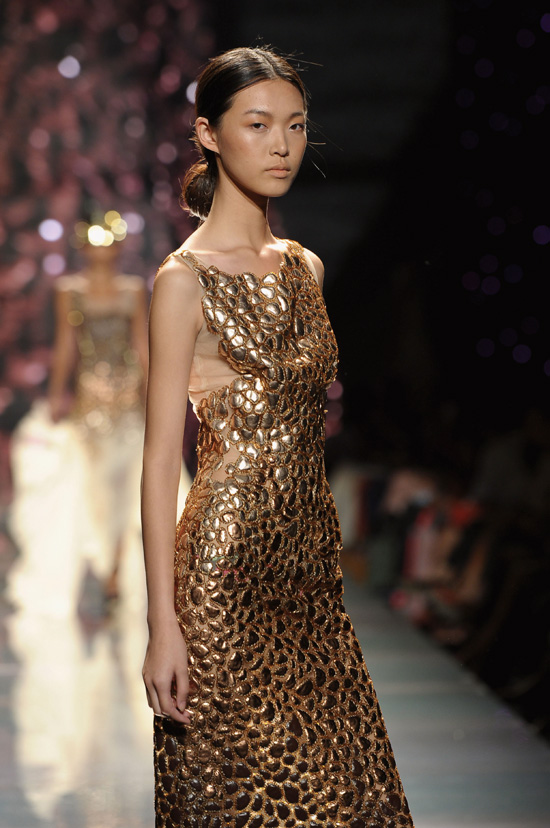 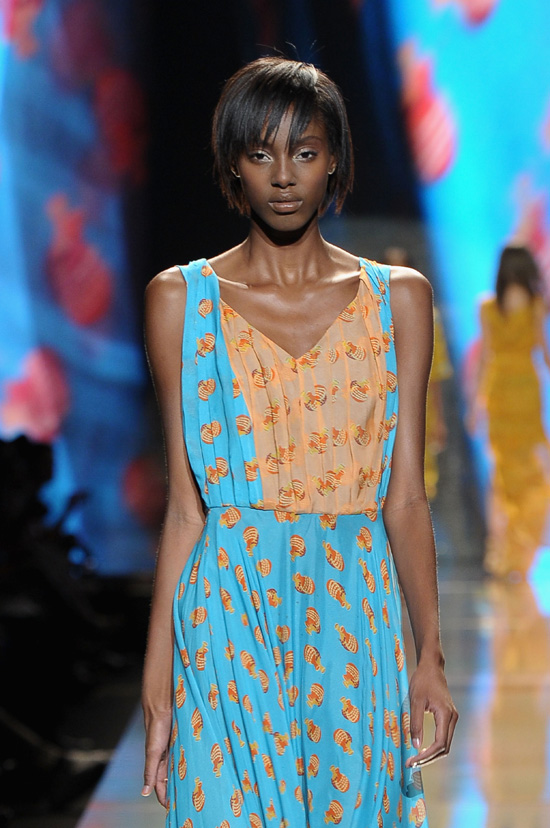 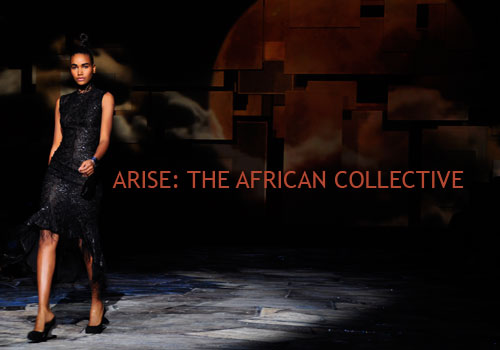 Designers Jacques Van Der Watt and Danica Lepen make up the identity of Black Coffee which debuted a wonderfully dramatic yet soft line of pleated coats and dresses. Voluminous and muted, coats appeared in shades of rose, nude, salmon, slate and putty. The designers looked to Picasso, and his cubist reinterpretation of African masks. Hence, the quiet tones, the bell like proportions, the geometric folds.

Loin Cloth and Ashes went the decidedly modern route with the emphasis on strong shoulders for jackets and long slinky silk dresses. Playful nude and black stripes showed up in a drop waist dress which was unexpected and fresh.
Deloa Sage’s military inspired line continues the trend of sexy ripped tights, flourishes of lace and small braided epaulets for the shoulders. Her strong look at me silhouettes felt confident and assured, and felt made for the downtown set.

Arise magazine has managed to be the forerunners of introducing the world to global style. And it’s quite evident that South Africa has its own talent on the rise.
— Jeanie Kwak
Photos by Stevyn Llewellyn 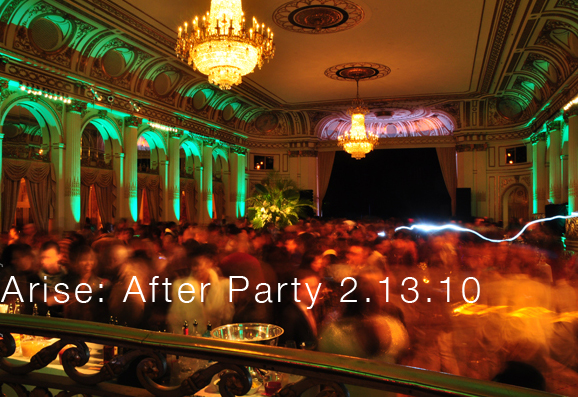 Arise: The African Collective threw it’s after party at the Plaza Hotel on February 23, 2010, including a surprise performance by R&B singer Solange who performed her hit single Sandcastle Disco. We have exclusive photos off all the attendees of this event on our special facebook page here: ARISE AFTER PARTY
If you were photographed at the party by our Modern Glossy photographers, check it out, tag your friends, and become fans on our facebook page for special exclusives.