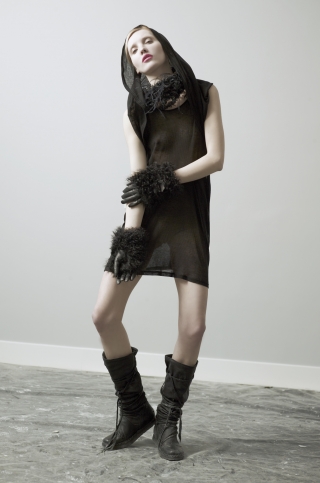 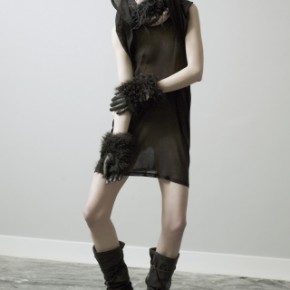 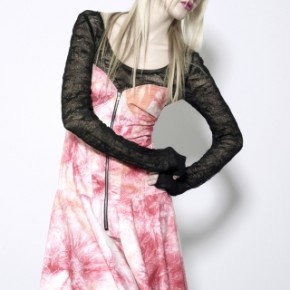 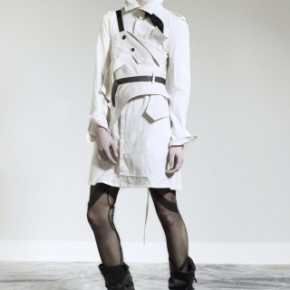 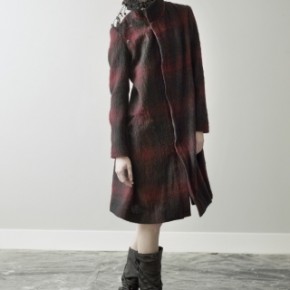 Bio: Born in Neyagawa City, Osaka in 1985. Graduated from the Vantan Design Institute of Fashion in 2007.
The same year, she was awarded the New Designer Fashion Grand Prix Prize for Excellence and the Nagoya Fashion Contest 2007 Grand Prix.
In March 2008, she debuted in JFW with her 08-09 A/W collection. In August 2009, she presented her 09-10 A/W collection at TIS (Taipei In Style).
In October 2009 and March 2010, she participated in the Vantan Tokyo joint exhibition in Paris. AGURI Co., Ltd. was established in March 2010.
This is her 5th season participating in JFW. She presents a uniquely Japanese aesthetic through her concepts of feminine beauty and enchantment, frailty and strength. Through her designs, this 24 year old continues to redefine the nature of tailored clothing.