The opening night of Mercedes-Benz Fashion week is always a celebratory event, and this year, with Bryant Park just a near memory and Lincoln Center being the new terrain, we were all curious to see how it would all pan out. The transition, after stroll about the massive courtyard and fountains and into the main event hall, felt seamless. Here, then, is fashion’s new home.

The most anticipated event for us that night was Concept Korea: Interactive Waves, 2011. It was exciting for two reasons: 1. The emergence of Asian or global influence in a dominant western market 2. The introduction of new, unknown and fresh talent from Korea. This effort was brought together by the Republic of Korean Ministry of Culture, Sports and Tourism along with IMG. A smart move. It is encouraging to see the emergence of more Asian faces in media, as well as the runway. Think of the burgeoning career of model Liu Wen and her new contract with Estee Lauder or model Hyoni Kang as the first Asian model to win the Ford Model competition. Editorials are changing; models of different color are being represented This is progress. This is the changing face of fashion.

On Thursday night, 3 young Korean designers debuted their collection, each with their own unique trademark style: Pucca by Hyun Joo Kwak, Resurrection by Juyoung Lee and the eponymous line of Lee Jean Youn. 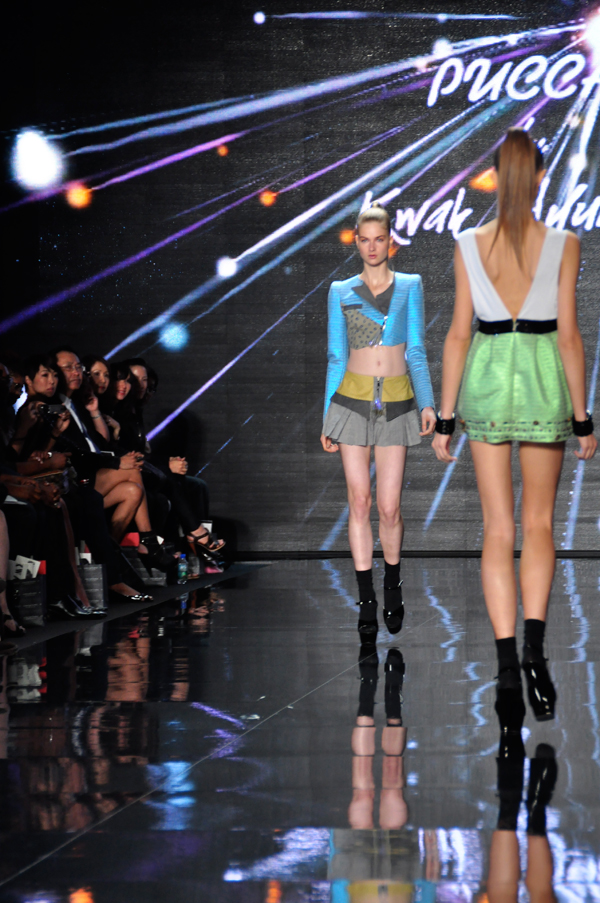 Already an established name in South Korea, Hyun Joo Kwak introduced us to her cartoon muse Pucca, a playful 10 year old girl with pigtails owned by Warner Bros, and a winsome Snow White theme. The introductory film flashed cartoon hijinks, similar to Harajuku girls. The collection was heavy on patchwork textiles, short cropped jackets with silver tassels with a strong 90’s raver/club culture influence. With such a playful theme, a designer would run the risk of being “too cute” but the result was more sophisticated than coy. 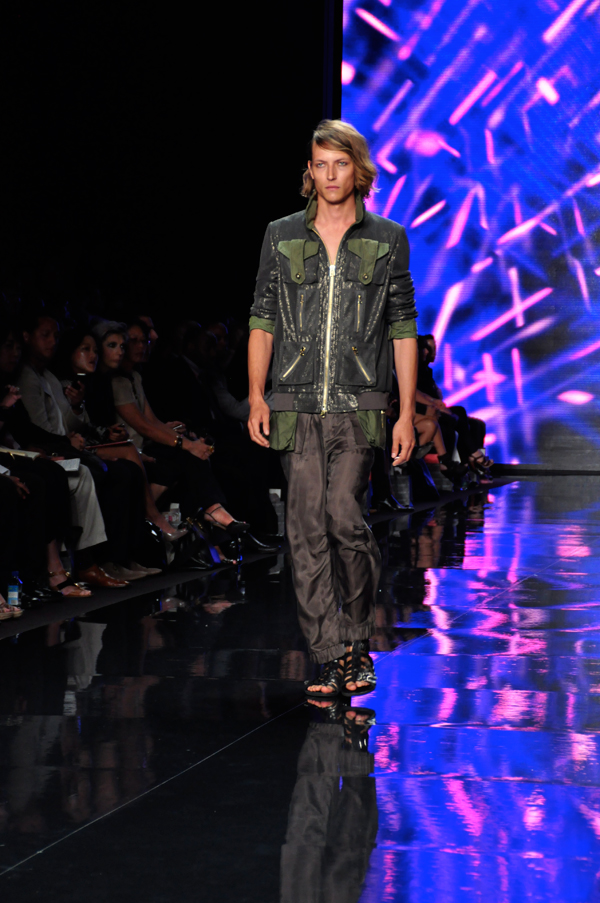 Resurrection by designer Juyoung had a decidedly darker, more minimal tone. The menswear line has an edge similar to designers who are interested in clean geometric cuts, with a strong unisex feel (think Rad Hourani). The designer who graduated from Parsons also cut her teeth designing for Marilyn Manson in the video ‘Eat Me Drink Me’ as well as the cult favorite rock musical Hedwig and The Angry Inch. The designer is not afraid to mix strong menswear with feminine touches such as lace flourishes and pleated skirts over leather pants. This is forward thinking menswear as lines become more androgynous and utilitarian. 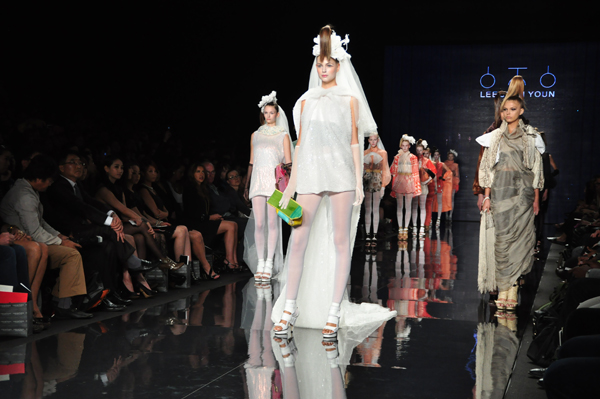 Last to present was Lee Jean Youn who presented a beautiful, almost Grace Kelly-like collection of dark corsets under silky sheer blouses. The effect felt a bit like old Hollywood, but darker, with the use of glossy black feathers peeking out under hoods and long leather gloves. The collection then turned towards rich chocolate tones, and beautiful sorbet-like colors contrasted with tightly structured corsets. Models emerged with white powdered faces and large bows. The designer who seemed to favor the wedding dress motif had a few bride like models with trailing trains and glittery short sequined dresses. The colors were extraordinary on the runway, the designs rich and generous, full of fantasy and detail.

Concept Korea, Interactive Waves did not disappoint. We hope that this alliance will not be the last, and that IMG will continue with its global outreach to introduce the fashion world to a new wave of young, multi-ethnic designers. 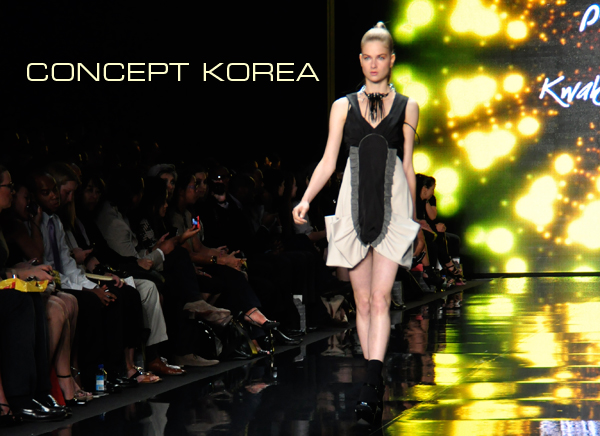